The albumin is a protein present in blood that helps transporting different substances through the body. It is also in charge of keeping the required oncotic pressure in the vascular system. This protein has a half-life of 18 days and it can be obtained from the albumen of eggs. Industrial production of Albumin is of major interest because it can be used for hemodynamic support in patients with severe sepsis and septic shocks, and also due to its potential to become a major monomer in 3D food printing.

Due to different diseases associated with poultry derivatives consumption (salmonella, avian influenza, antibiotics content, etc.), egg-extracted albumin might represent health risks. In this sense, alternative sources of albumin are needed for industrial exploitation. Recently, it has been stated that slaughterhouse blood can be used as raw material for bioactive compounds. So, in this work we used bovine serum blood as albumin source, which can be obtained as a waste stream from slaughterhouses.

The content of blood in animals is approximately 3% of the total weight. According with production reports in Colombia, each sacrificed bovine produces an average 12,5 kg of blood. Correspondingly, bovine blood serum contains 4.7% of albumin in a wet basis. Table 1 show an approximately composition of the blood plasm.

The price of the albumin is calculated according the protein grade. Samples analyzed in different Colombian slaughterhouses showed a protein content 73% HSC, resulting in a price of US$ 0.38 per kilo. This commercial opportunity was the driving for developing a standardized a bovine albumin extraction process.

The developed process is described in Figure 1. First, as-received bovine blood was stabilized by adding an anticoagulant to avoid fibrin clots formation. The stabilized solution was centrifuged obtaining blood serum and hemoglobin. The blood serum was subsequently subjected to a pH controlled extraction and centrifugation as described in Figure 2. Albumin productivity with respect to bovine blood was about 1, 5% wt, and the extraction efficiency was around 70% with respect the total amount of albumin in the blood serum. The obtained product was a white solid that settled in the form of fine sheets. 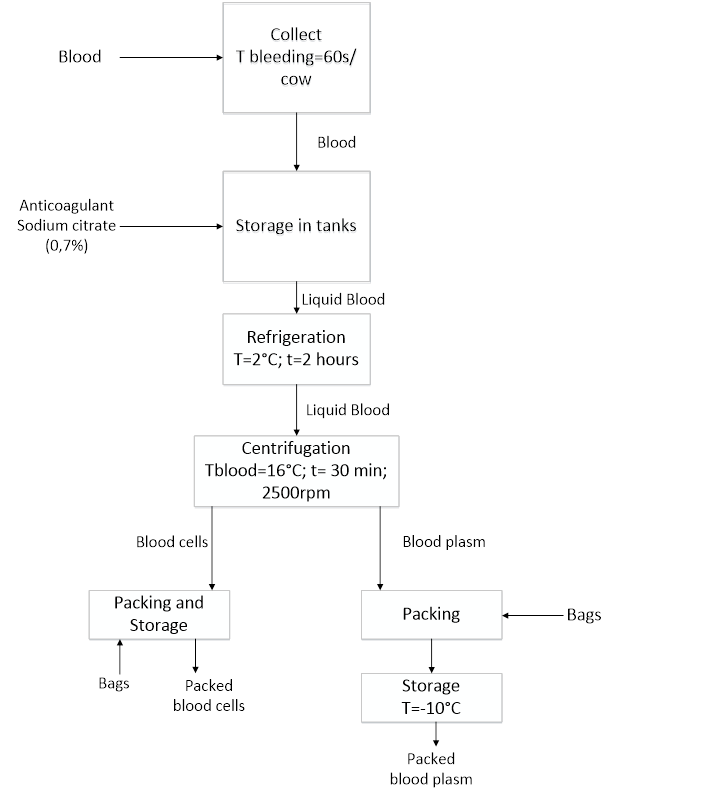 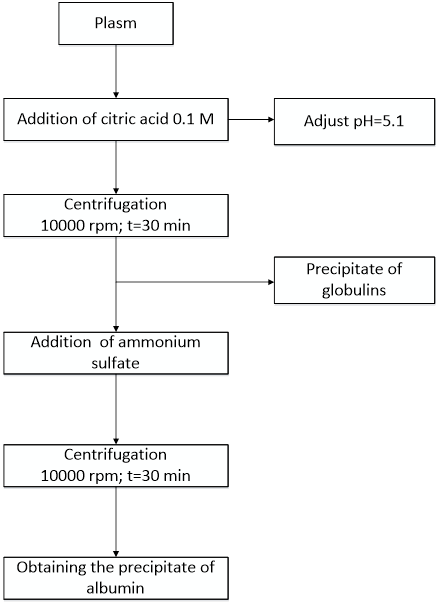 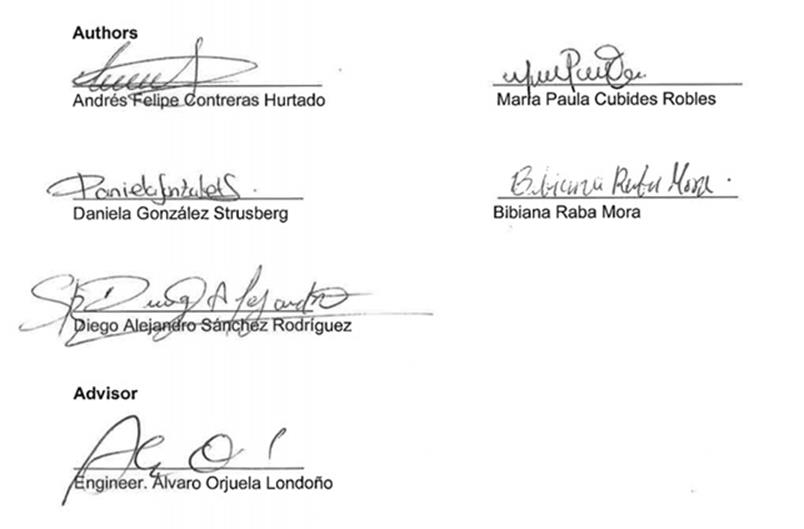