Small modular nuclear reactors (SMRs) are emerging as an attractive option for meeting future energy needs for small and remote communities and island nations, including electricity generation and process heat production for district heating and a multitude of industrial uses. In addition to being environmentally friendly and proliferation proof, they avoid severe core accidents, by design, and relay on passive means for cooling during nominal operation and after shutdown. The SMRs designs currently under development are of different types and designs, and typically offer many passive operation and safety features. Many do not require on-site storage of either fresh or used nuclear fuel and could operate for many years without refueling. Furthermore, SMR power plants could be integrated effectively and economically into smart electrical girds serving other renewable energy sources such as solar and wind power plants. The net result is meeting the global ambitious goal of reducing greenhouse gas emission by
20% - 30% in the next 15 – 20 years, while providing ample power for development and growth. 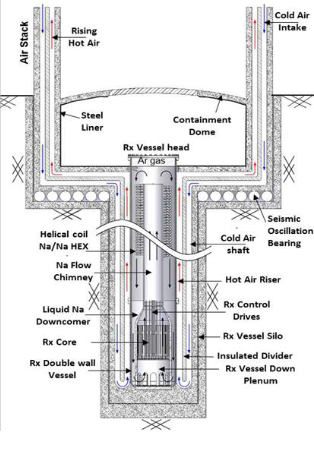 SMRs are those which provide for a total electrical power generation capacity from as little as 10 to 300 MWe. Depending on the installed electrical power and the type of the SMR plant, all or most reactor components could be built and assembled in the factory and shipped to the construction site by rail, heavy trucks or on barges. The modularity and the short construction time of the plant of 12 – 18 months reduce capital cost and enhances the quality assurance for the reactor and plant components. This flexibility avoids large financial obligations associated with building a large plant, which may require developing and managing a consortium of multiple utilities in more than one state. This is, in addition to paying interest on a large loan ($5B
- $8B) for many years and the lack of revenues during 5-6 years construction time.
Several countries are pursuing different SMR designs, building prototypes, doing actual construction and planning a near term deployment. These include the Russian Federation, Japan, Argentina, China, India, the Republic of Korea and USA. Nevertheless, there are many challenges associated with developing and deploying SMRs. Examples include: (a) developing a functional central control room for Fig.1 Axial Cross-sectional View of SLIMM, SMR Installed Below Grade 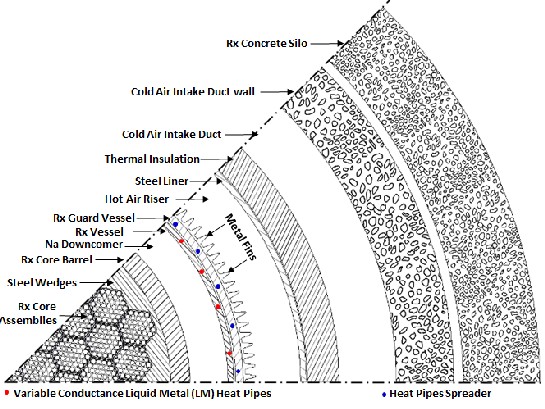 Fig. 2. A Pie Section of the SLIMM reactor Layout.

In case of a malfunction of the HEX, a backup cooling system (BCS) passively removes the decay heat generated in reactor core after shutdown, from the outer surface of the reactor vessel by natural circulation of ambient air (Figs. 1 and 2). This system is capable of removing 1-1.26 MW of thermal power, which together with the large mass of the liquid sodium in the reactor vessel (~ 38 MT), limit its temperature rise after reactor shutdown to < 900 K. Owing to the lower vapor pressure of liquid sodium (boiling temperature is ~ 1156 K at atmospheric pressure), the SLIMM reactor nominally operates slightly below atmospheric pressure. In addition, the high negative temperature reactivity feedback of the SLIMM reactor core would effectively shut it down, in case of a malfunction of the redundant reactor control and emergency shutdown systems of enriched B4C poison rods.
The SLIMM reactor employs UN fuel, and HT-9 steel cladding, core structure and reactor vessel for operating at 600 K inlet and 800 K exit temperatures of the circulating liquid sodium through the reactor during nominal operation. At these temperatures, liquid sodium is compatible with the HT-9 steel with negligible corrosion concerns during the reactor long operation lives. The relatively high sodium exit temperature from the SLIMM reactor core makes it possible to generate high-pressure superheated steam

for achieving a plant thermal efficiency in excess of 40% and provide high temperature heat for a host of industrial uses and the thermochemical production of hydrogen fuel.
The SLIMM reactor would be fully fabricated, assembled and sealed in the factory and shipped to the construction site by rail, a truck or on a barge. It would be installed below ground (Fig. 1), to avoid direct impact by missiles or aircraft, and mounted on seismic insulators to resist earthquakes. The variable conductance liquid-metal (LM) heat pipes, along the primary vessel wall (Fig. 2), transport thermal energy to thermoelectric modules to generate 10s of kWe of auxiliary power for operating the plant's vital functions during nominal operation and in case of a total loss of onsite and offsite powers, avoiding a Fukushima Daiichi type disaster.


Extended Abstract: File Not Uploaded
See more of this Session: Modeling, Economics, and Technologies for Sustainable Energy and Advanced Systems II
See more of this Group/Topical: Transport and Energy Processes