Without relying on the optical signal, MDC based nucleation response method would be easy and more meaningful in the case of opaque solutions that laser intensity response (LIR) method is invalid [5]. This advantage will improve the controlling accuracy and flexibility during MSZW measurement. Moreover, with the proposed method, it would be easy to enhance control over the process so that to select the real working conditions to simulate different evaporation rates for the concentrating rate in the isothermal membrane distillation process can be adjusted by the membrane permeability, the partial vapor pressure difference and the membrane area, etc.

While, a strict requirement on the membrane interface structure is obvious to enhance the detection accuracy of this proposed method. With conducted effective work of Trout and Diao, the developed Nanoparticle Imprint Lithography (NpIL) method had successfully prepared the polymer films with nanopores of various, uniform shapes that can hinder nucleation or promoted it [6]. In addition, the had reported the significant impact of polymer interface with nanometer scale pores on inducing crystallization and polymorphism control [7,8]. These foundational work can promote the theoretical research and application of the MDC based nucleation response and crystallization control by providing the qualified microporous membrane as desired nucleation detection and response interface. 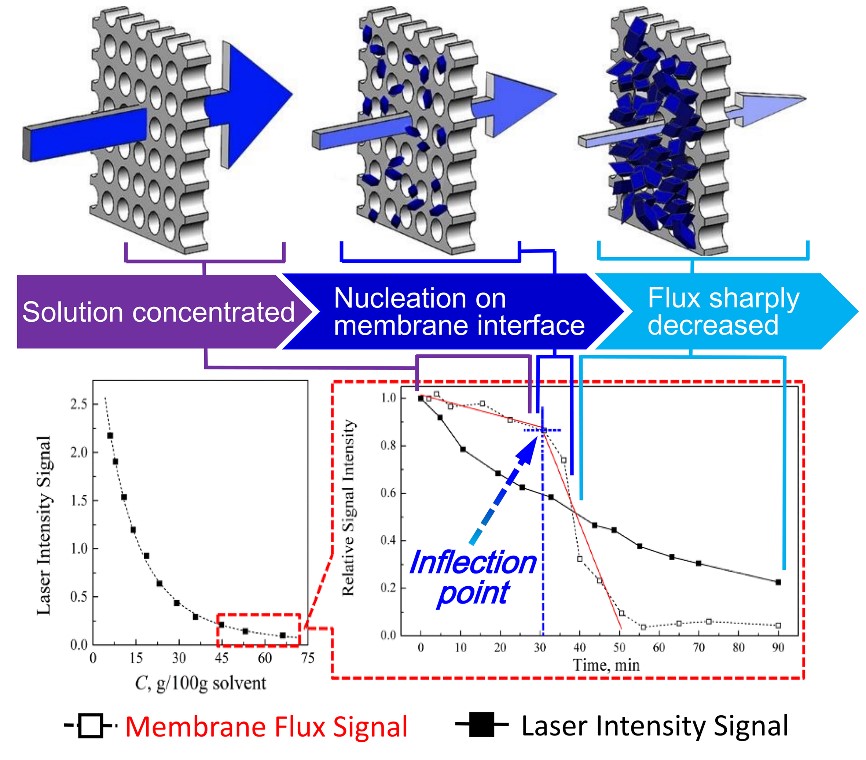 This work is supported by National Natural Science Foundation of China (Grant No. 21306017, 21527812), Program for Changjiang Scholars and Support Project of the China Petroleum and Chemical Corporation (X514001).