Mechanochemistry is the field of science which studies chemical reactions induced by mechanical energy1. This paper focuses on the synthesis of hydroxyapatite, a bone substitute biomaterial, by mechanochemical synthesis, and in particular in determining the mechanical forces required for the solid state reaction to occur.

In recent years, mechanochemistry has become a popular alternative for executing chemical reactions, as opposed to traditional solvent processes, which make use of high temperatures and pressures in addition to high volumes of toxic solvents. Mechanochemical processing exhibits many advantages over traditional solvent heavy processes. The solid state reactions carried out in a solvent free environment are a greener alternative which improves the safety of the chemical reaction and limits the occurrence of undesired side reactions. Furthermore, the reaction may be carried out at ambient temperatures and pressures, with no further processing or solvent recovery required.

For chemical reactions, the activation energy of the system, also known as mechanical activation, is the threshold energy that reactants must acquire for chemical reaction to occur. When the threshold energy level has been obtained, the reactants will convert to a higher energy transition state, prior to converting to a lower energy state with the formation of a product, with lower potential energy and higher stability. In the case of an exothermic reaction, when the activation energy of the reaction has been attained for a particular reaction and chemical reaction has initiated, energy is released, to form a product with a less energy, as described in figure 1. In contrast, an endothermic reaction involves the absorption of energy for chemical transformation to occur. Figure 2 demonstrates the absorption of energy for an endothermic reaction when the activation energy of the system has been achieved. The energy absorbed is utilised to form the final product with a higher energy state. 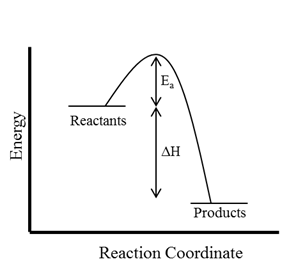 An exothermic reaction features a release in energy when mechanical activation has been achieved. 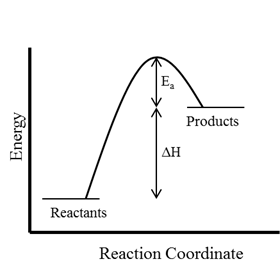 An endothermic reaction features absorption of energy when mechanical activation has been achieved.

Alternatively, an exothermic reaction investigating the use of calcium oxide as an alternative starting reactant was studied. Hydroxyapatite was synthesised using calcium oxide and diammonium phosphate under identical milling conditions defined above, according to the following reaction equation: 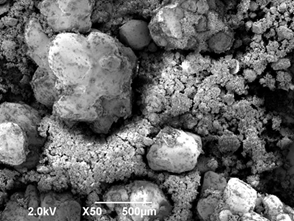 Physical Mixture of calcium oxide and diammonium phosphate prior to milling. 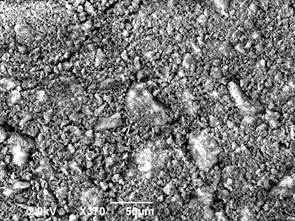 Mechanochemical synthesis of hydroxyapatite involves the use of mechanical forces to induce a chemical change, as opposed to traditional methods which make use of solvents. The impaction forces present in the milling jar were estimated to determine the mechanical energy required for the mechanochemical reaction to occur. The impaction forces in the ball mill were estimated using Newton’s Second Law of motion, which investigates the change in velocity or acceleration of an object, when subjected to a change in force. This may be applied to the ball milling process observed in the Retsch Mixer mill, in which the energy supplied is used to oscillate the milling jar in a lateral direction. This in turn transfers the milling ball in the mill jar, which promotes the mixing of powder. The impaction of the powder and milling ball occurs at the wall of the milling jar.

Newton’s Second Law of Motion was applied to the milling process used in this study to estimate the impaction forces at the wall of the mill jar, which were calculated based on the mass and acceleration of the milling media in the mill jar, according to the following equation:

The activation energy required in the formation of hydroxyapatite was estimated using the Arrhenius equation defined below: