Drop coalescence is commonly encountered in a wide range of industrial applications in food processing and in petrochemical and pharmaceutical fields. In such cases, the surface of the drop is often coated with surfactants, whose properties largely affect the coalescence behaviour. In current oil extraction methods, water is injected into the well to displace the residual oil in rock gaps and enhance crude oil recovery. During injection, oil-water dispersions form. In some cases, surfactants are also added to facilitate the formation of these dispersions. Previous studies have shown that the oil recovery efficiency is affected by this addition of surfactants. As it is difficult to trace the distribution of the surfactants along the droplet surface, the effect of surfactants on the coalescence process is still an active research area. In this work, advanced laser velocity field measurements were conducted, using the Particle Image Velocimetry (PIV) technique, to investigate the effect of surfactants on the coalescence of single aqueous drop with an aqueous/organic interface.

The aqueous phase was 80% w/w glycerol/water mixture, while the organic phase was a low viscosity kerosene-like Exxsol D80 oil. The concentration of the aqueous mixture was chosen to match the refractive index of the organic phase, necessary to minimize optical diffractions to produce more accurate laser based flow measurements. Various concentrations of Span 80 were introduced to the organic phase to study the effect of a surfactant on the coalescence mechanism. The properties of the fluids are shown in Table 1.

The experiments were conducted in a transparent acrylic tank of 50 mm square section width and 150 mm in height, as shown in Fig 1. The aqueous/organic interface was placed at 40 mm from the bottom of the cell while the organic/air was placed at 100 mm. Droplets of water/glycerol mixture were generated by injecting the liquid into the Exxsol D80 through a cylindrical stainless steel nozzle of 80 mm length and 2 mm inner diameter. The nozzle was fixed at approximately 20 mm above the aqueous/organic interface to minimise any variation on the droplet impact locations. For the investigation of the velocity fields with PIV, the droplets were seeded with 1 micron Rhodamine tracer particles. To clearly observe the interface between the aqueous and organic phase, a small amount of Rhodamine 6G dye was introduced to the aqueous phase close to the interface. These seeding particles were removed with a suction pump after each experimental run. 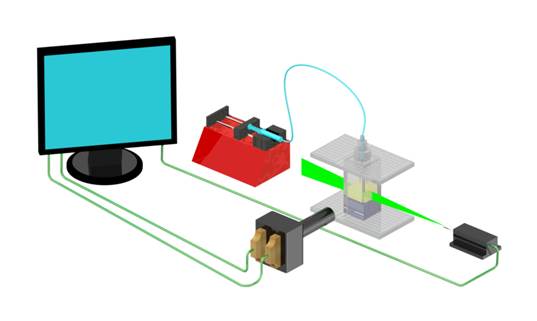 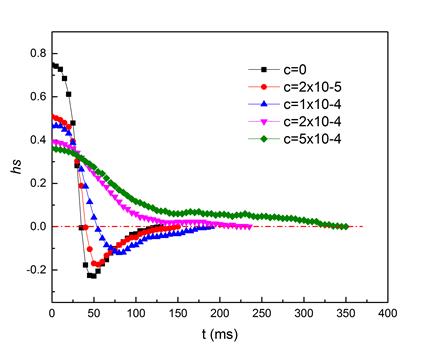 Fig. 2. The variation of the relative height hs of the top point of the droplet 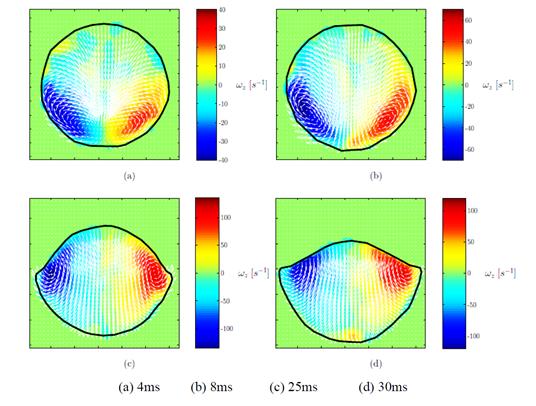 Fig. 3. Velocity fields and contour of the vorticity evolution for φ = 1.10-4 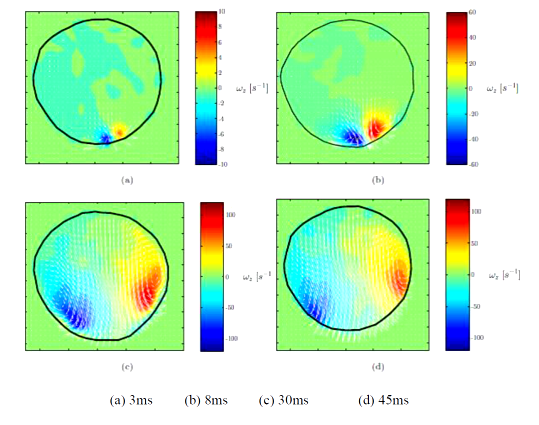 Fig. 4. Velocity fields and contour of the vorticity evolution for φ = 2.10-4

The project was funded by the UK Engineering and Physical Science Research Council (EPSRC) Programme Grant MEMPHIS. T. Dong would also like to thank CSC and UCL for his PhD studentship.

Extended Abstract: File Not Uploaded
See more of this Session: Interfacial and Non-Linear Flows: Droplets and Emulsions
See more of this Group/Topical: Engineering Sciences and Fundamentals