Bio crude oil production from macro algae may become a key technology to tackle tomorrowÕs renewable fuels challenge. In order to seed this technology it is important to identify and evaluate the right process pathways to convert macro algae to biofuels. In conventional algal biofuels processing, drying of the algae is a costly procedure, which could be bypassed by using Hydrothermal Liquefaction (HTL) technology with substantial advantages. For an efficient implementation of a continuous HTL process, the effect of process variables on the conversion and selectivity towards liquid biofuels needs to be understood. This is often a challenge because the timescale of the HTL process is of the order of minutes and it is difficult to be captured properly by ordinary methods. In this study we employed a molten salt bath to facilitate rapid heat transfer to the batch reactor and thus study HTL for precisely controlled residence times between 1 and 25 min. Under experimental conditions the conversion of macro algae to bio crude oil was found to be complete within 15 min reaching a maximum and then decreasing slightly (23% maximum yield after 11 min at 390 ¡C). Using different analytical techniques including CHNS-O, GC-MS, Simulated Distillation and Size Exclusion chromatography the bio crude from macro algae is characterized and compared with North Sea crude oil.

Figure 1:Graphical summery of the experiment 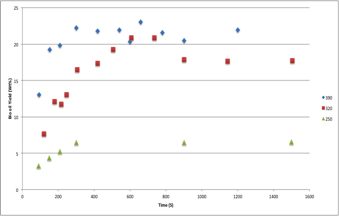 Figure 2: Bio crude oil yield as a function of residence time at 250