Wet granulation is one of the most popular techniques used during the post processing of active pharmaceutical ingredients (APIs) due to its ability to improve powder flow and compaction properties however the addition of water can affect the crystal structure of certain APIs exhibiting polymorphism. Piracetam is a highly aqueous-soluble drug which can exist in many polymorphic forms including hydrates. The potential therefore exists for process-induced transformations during wet granulation. Process-induced polymorphic transitions in APIs are a major challenge in the pharmaceutical industry as these unpredictable phase transitions can affect processability of the drugs owing to altered physical properties such as compressibility and can result in regulatory non-compliance due to altered bio-availability. Prior knowledge and understanding of the mechanism of these process-induced polymorphic transitions is therefore of the utmost importance. XRD and DSC techniques were used along with Raman to examine the polymorphic transitions of Piracetam during wet granulation so as to determine the effectiveness of Raman spectroscopy as a process analytical technology (PAT) tool for this system.

Piracetam undergoes polymorphic transitions under the influence of both solvent and temperature. FIII of Piracetam is the most stable form at room temperature. FIII transforms to FI when heated to 140°C which transforms to metastable FII upon cooling to room temperature following the Ostwald’s step rule of successive transformation. At ambient conditions FII will eventually transform to the more stable FIII. It is known that polymers can have a stabilizing and/or inhibitory effect on the polymorphic transitions in APIs so different excipients with a range of hydrophilicities, aqueous solubilities and molecular weights were examined. Excipients used were Lactose monohydrate (LMH), microcrystalline cellulose (MCC), Hydroxy propyl methyl cellulose (HPMC), Hydroxy propyl cellulose (HPC) and Polyethylene glycol (PEG). LMH was chosen as the excipient representing low molecular weight; MCC, HPMC and HPC represent the excipients with varying degree of hydrophilicity while PEG is a water soluble polymer.

Piracetam was wet granulated with excipients with drug to excipient ratio of 3:2 as Piracetam is a high dosage drug. The granules produced were dried overnight at room temperature and the dried granules were then analysed at pre-determined times points using XRD, Raman and DSC. Raman was also employed to investigate the use of this technique as an in-situ analysis method. Principle component analysis (PCA) and direct cluster analysis (DCA) were used to process the Raman spectra as shown in (figure 1). Prior to processing all spectra were normalised and the first derivative was taken. XRD indicated that PIR granulated without any excipients transformed from FIII to Piracetam monohydrate (PIR-MH) in the presence of water and then recrystallized to FII upon drying. FII so obtained gradually recrystallised to the stable FIII at room temperature within two weeks. The Raman spectra gained from the granulation and drying of PIR were analysed using PCA and DCA and showed clustering into three distinct spectra which were confirmed to be those of FII, FIII and PIR-MH using XRD. Raman was therefore used in conjunction with XRD to inspect the progress of the transformation both from FIII to PIR-MH and from FII to FIII (Figure 2).

Granules of PIR containing LMH, MCC, HPMC and HPC exhibited similar transformations as pure PIR during granulation, namely that FIII transformed to monohydrate in the presence of water which recrystallized to FII upon drying (Figure 3). The kinetics of solid state transformation of FII to FIII at room temperature was retarded in the presence of excipients in comparison to that of pure PIR and by different degrees depending on the polymer. This was attributed to the interaction of excipients with the active functional groups in the drug and by the hydrophilicity and molecular weight of the excipients. However PEG had a different effect on these polymorphic transitions. Piracetam remained in its stable FIII throughout the processes of wetting and drying. Unlike the other excipients used in the study PEG is freely soluble in water and therefore it is possible for PEG to competitively inhibit the interaction between PIR and water. It is suggested that PEG inhibited the solution-mediated polymorphic transition of FIII to FII through the intermediate monohydrate.

Through the use of the complimentary techniques of XRD, DSC and Raman spectroscopy the polymorphic transformations exhibited by Piracetam during wet-granulation have been investigated. The importance of detecting the monohydrate form of the API as a precursor to the production of the metastable FII, the effectiveness of Raman spectroscopy in this detection, and the importance of understanding the excipients typically used during wet granulation have been demonstrated. 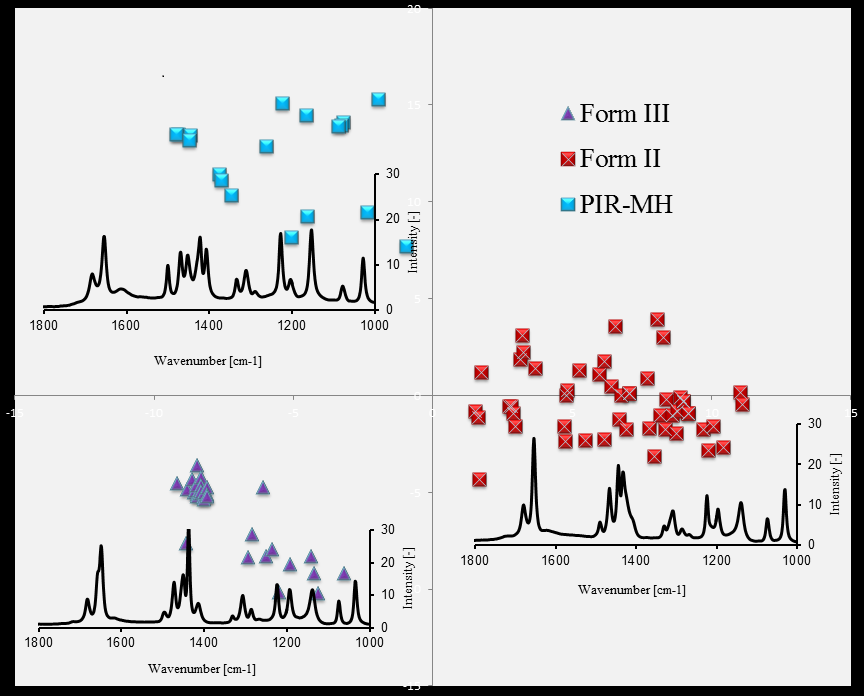 Fig 1: Prinicpal component analysis of the Raman spectra gained from the studies of Piracetam in water indicated clustering of the spectra into three distinct forms. 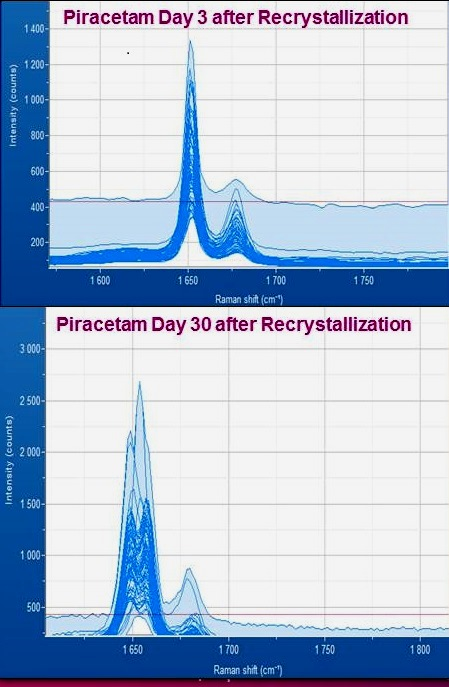 Fig 2: Raman spectra collected from an area on the surface of the API on Day 3 and 30 after recrystallisation from water illustrating the transformation of Piracetam FII to FIII during thirty days at ambient temperature. 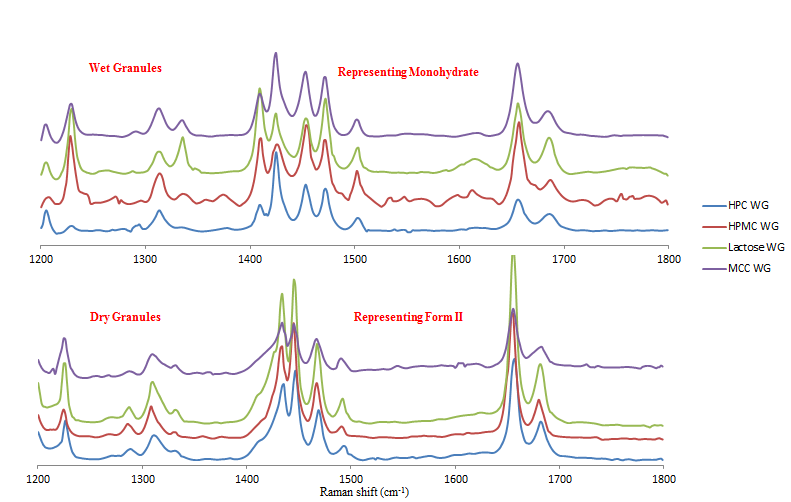 Fig 3: Raman spectra showing transformation of Piracetam from monohydrate to FII upon drying.