Palladium alloy membranes play an important role in the separation of hydrogen, which is an essential material in industrial manufacturing and also a clean energy carrier with an expanding market. A pilot-scale multitube membrane module has been built and tested previously; however, a thorough understanding of the flux distribution, species profiles and mass transfer limitations is needed to further optimize the model performance. For this purpose, a 3-D computational fluid dynamics (CFD) simulation model was built utilizing COMSOL Multiphysics and validated with the experimental data.

The module contains seven Pd/Au/Pd membrane tubes with one at the central axis and six placed symmetrically around the axis, giving a total permeable area of 1050 cm2. Coal-derived syngas was fed into the module from the shell side (retentate side) and hydrogen permeated through the membrane was collected from the tube side (permeate side) while the unwanted gas was depleted from the shell side. The species continuity equations and the equation of motion were solved simultaneously by treating the fluids on both sides of the membrane as concentrated mixtures. In this model no species is considered as solvent or solute, thus, while hydrogen is being removed from the retentate side, the gas mixture properties such as density varied along with the composition change. A flux term was defined at the tube surface to describe the process of hydrogen transport through the membrane using SievertsÕ law (Eq. 1):

are the hydrogen partial pressure on the shell side and tube side [bar], respectively.

were applied in this model in order to achieve better convergence. The simulation showed a mass balance error of 2%, which could be further reduced by applying a finer mesh. The module showed a high accuracy compared with experimental data (permeate flow rate [L/min], retentate H2 percentage [%], and H2 recovery [%]). From the simulation results of the module, concentration polarization can be visualized and characterized, and the influence of operating conditions on membrane performance including hydrogen recovery and membrane usage can be analyzed to gain insight.

It was also observed that the performance of the seven membrane tubes is differentiated based on their relative position due to the following reasons: 1) The central tube displays a competing role when its performance is comparatively assessed against the 6 surrounding tubes which leads to a lower H2 flux of the central tube in comparison to the other six. 2) The retentate outlet is on the reactor side as shown in Figure 1, which makes the flow pattern and H2 profile in the reactor asymmetric and causes the driving force of each tube to vary. Finally, within the context of the present study, it is demonstrated that the results derived and the data generated could reliably inform efforts for further model scale-up. 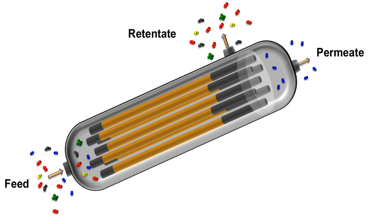 Figure 1. Representative sketch of the module