ZiFs have shown great potential applications in gas separation [1]. Ion exchange could improve the surface area, pore volume as well as surface charge of the adsorbents, further enhancing the CO2 adsorption capacities. However, it is notable that the standard ion-exchange process needs to be repeated for several times, which brings a series of disadvantages, such as complicated in synthesis, time consuming and solvent consuming [2, 3].

In this work, we develop a new one-step ion exchange method (donated as ion as-exchange technique) to overcome the disadvantages mentioned above. Since the cations for exchange (Li+ and Na+) was added before the hydrothermal preparation of ZiF-67, time consuming and solvent consuming in the standard ion-exchange procedure was eliminated. The product was designated as M-as, where ¡°M¡± represents the alkali metal ion (Li and Na). By comparison, the standard ion-exchange procedure was also carried out to synthesize the adsorbents, and the product was designated as M-post. The structure, surface charge and CO2 adsorption properties of the adsorbents prepared via the two methods were investigated and compared.

The CO2 adsorption isotherms of parent and these ion-exchanged ZiFs at 0 ¡ãC are shown in Fig. 1(C). The CO2 uptake of parent ZiF-67 at 1 bar is 35.4 cm3/g. Li/Na-post exhibited decreased CO2 adsorption capacity (30.4 and 31.2 cm3/g) compared to the parent, while Li/Na-as showed improved CO2 uptake values (48.7 and 45.1 cm3/g). The highest CO2 capacity is achieved by Li-as, which is 37.6 % higher than that of the parent ZiF-67. An interesting phenomenon is found that all of the isotherms show linear patterns with stable adsorption rate from 0 bar to 1 bar, which reveals the materials could get excellent adsorption performance at higher pressure range (> 1 bar). 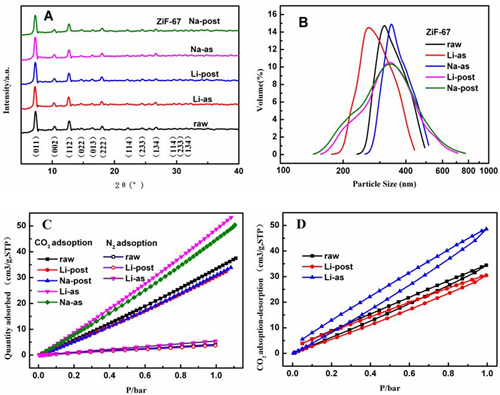 Table 2. The pHPZC values of the parent ZiF-67 and ion exchanged ZiF-67 before and after CO2 adsorption