Heat transfer is one of the most widely used transport processes in industries. It is the most important phenomena in steel industries for the production of high strength steel. The mechanical properties of steel depend upon the finished roll temperature, run-out table cooling and coiling temperature. Heat transfer rate at run-out table (ROT) during hot rolling process in steel industries determines the metallurgical microstructure for specified mechanical properties required for particular applications. The phase transformation of steel occurs between a rolling temperature of 900 oC and a coiling temperature of 600 oC. The phase microstructure and corresponding mechanical properties depend upon the cooling intensity between the aforementioned temperature ranges. Ultrafast cooling is a technique used to obtain high strength steel.

The current work attempts to achieve ultrafast cooling by introducing different cooling methods for steel. It focuses on the enhancement of heat transfer from a hot steel plate by introducing non-ionic surfactant additive, Triton X-100 in jet cooling. The characterization of surfactant solution has been done in order to understand the reason for increment in heat transfer. The concentrations of surfactant have been varied from 60 ppm to 140 ppm in intervals of 20 ppm and the results indicate that the addition of Triton in water jet leads to an appreciable increase in cooling rate compared to that of water. The maximum cooling rate is achieved at a surfactant concentration of 120 ppm which is attributed to the low values of surface tension (as shown in Figure 1 below) and contact angle (as shown in Figure 2 below) obtained at this concentration leading to higher spreadability and heat removal rate. The highest cooling rate achieved is 170 oC/sec (as shown in Figure 3 below) which is 56% more than that attained for pure water. The study reveals that ultrafast cooling can be attained by the addition of Triton in water. Thus heat transfer plays an essential role in the production of high strength steel for various industrial applications. 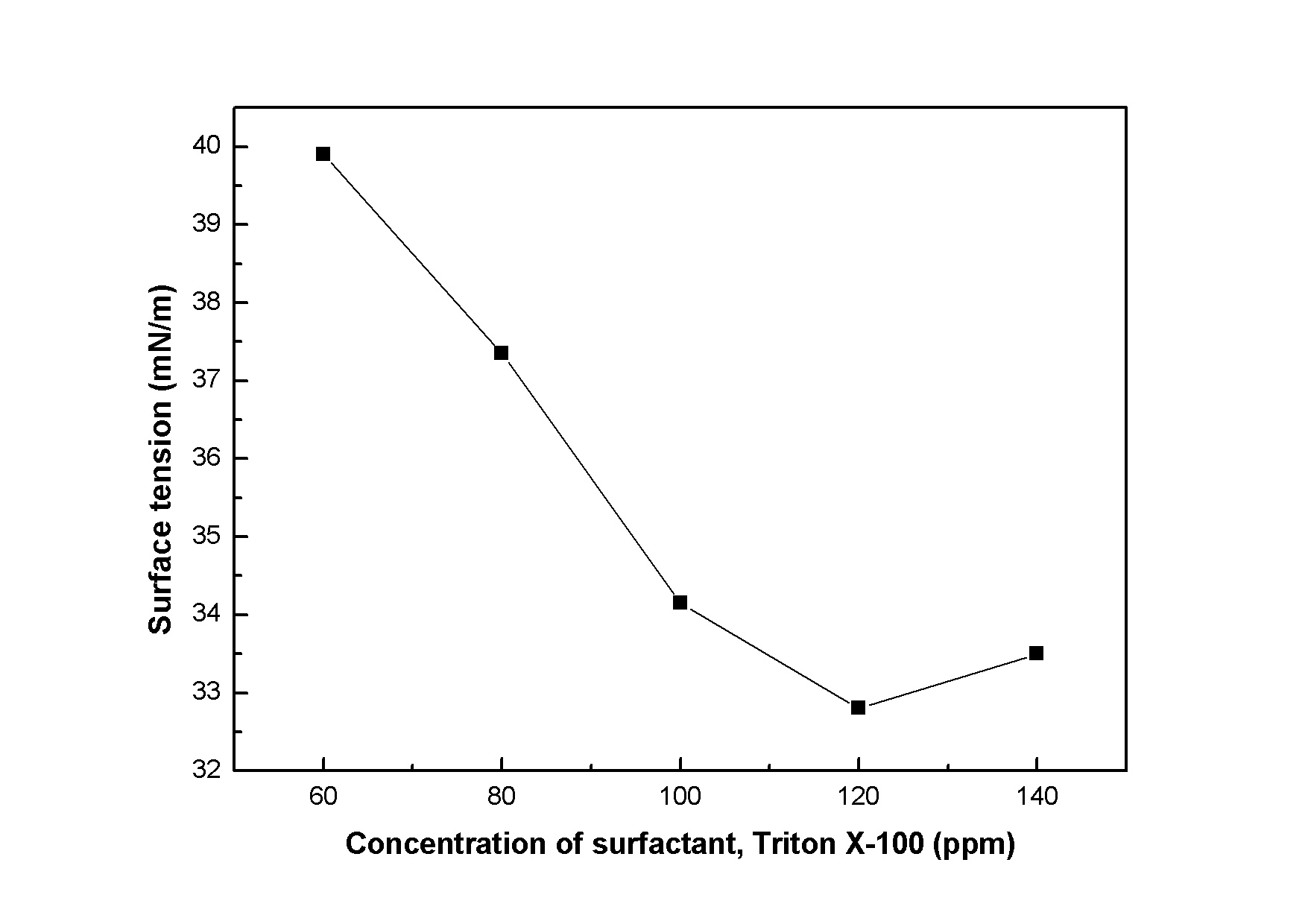 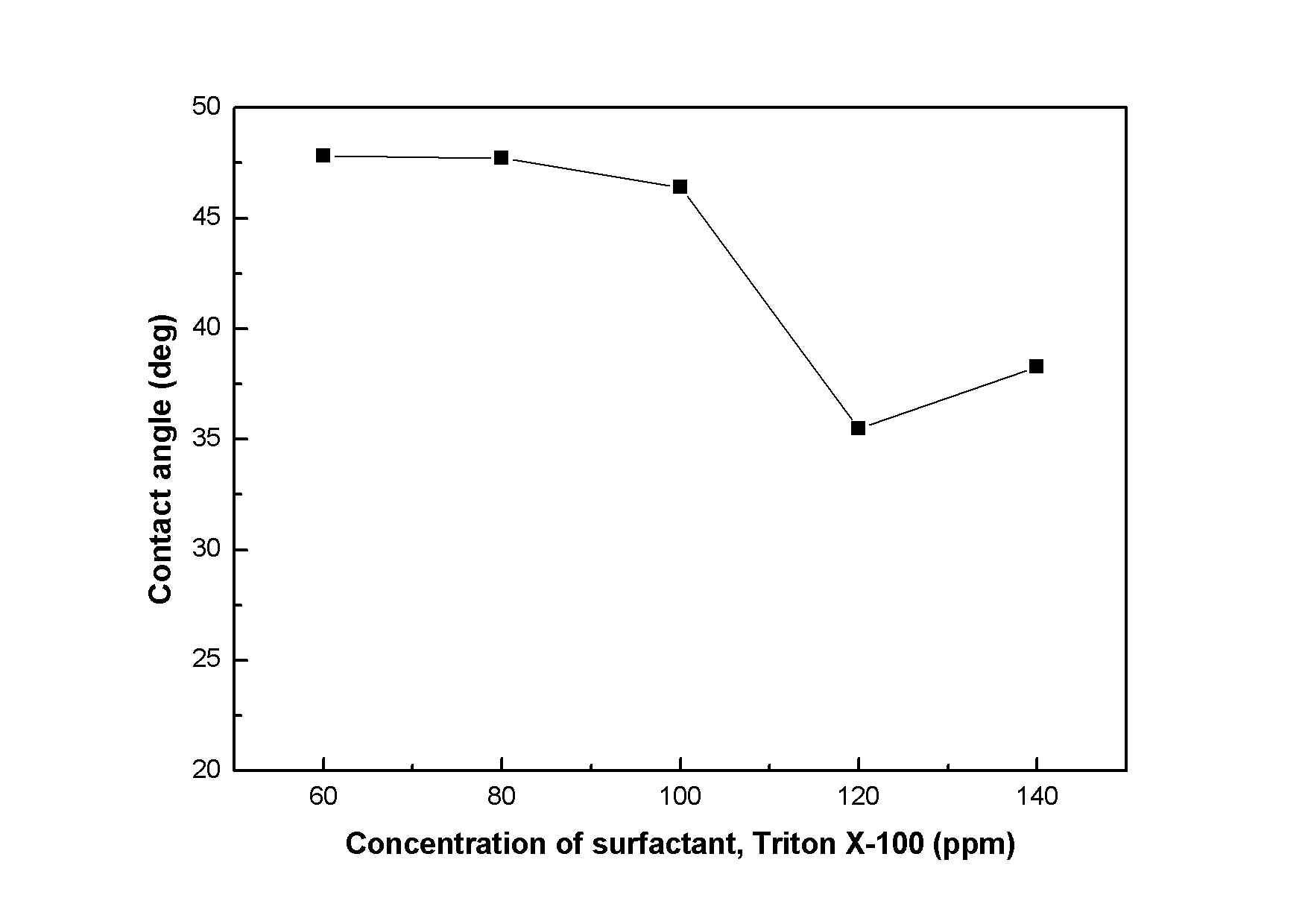 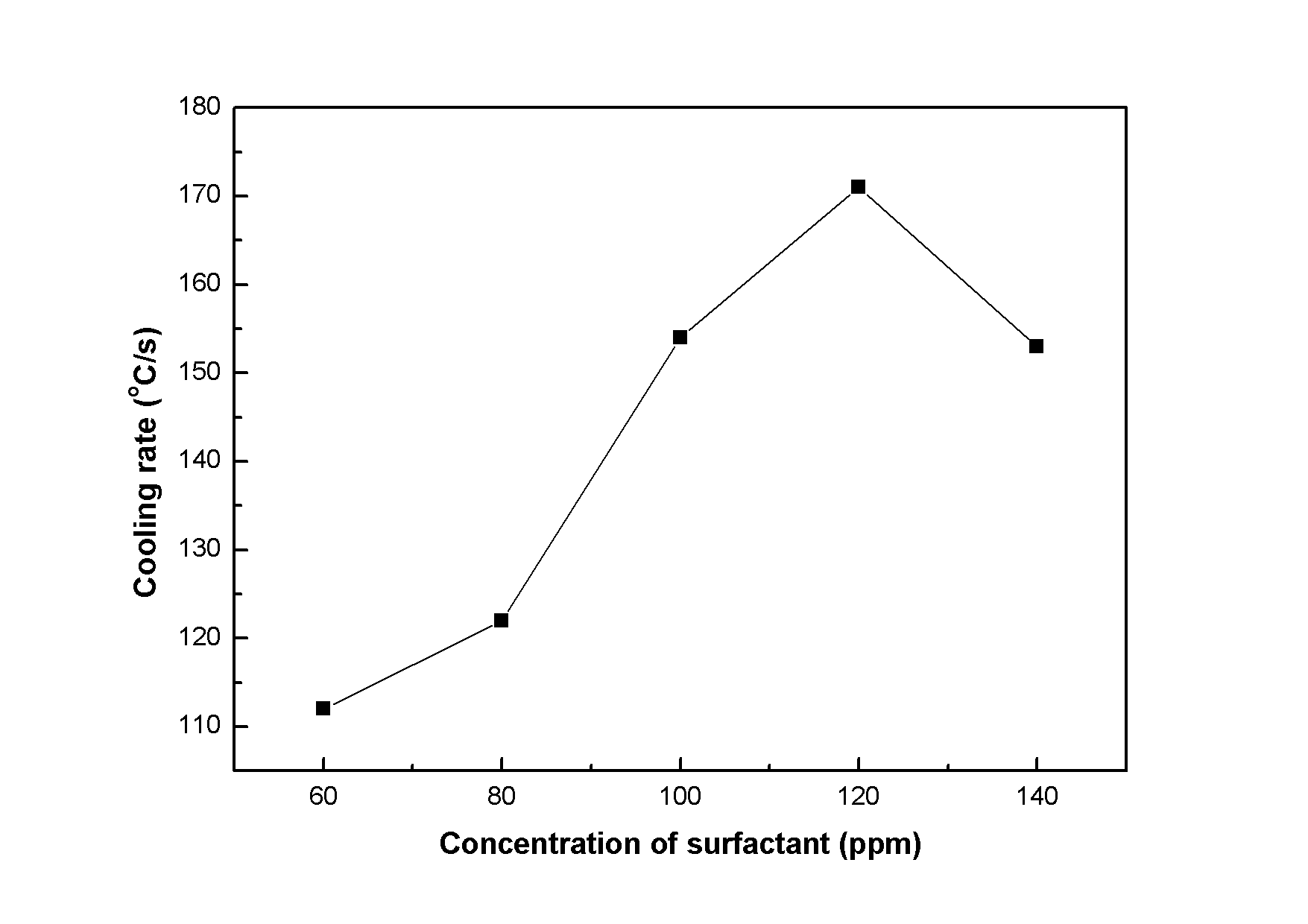