453534 Nanovoid Formation and Mechanics: A Simulation Study of Poly(dicyclopentadiene) and Epoxy Cross-Linked Networks

Nanovoid formation and mechanics: A simulation study
of poly(dicyclopentadiene) and epoxy cross-linked networks 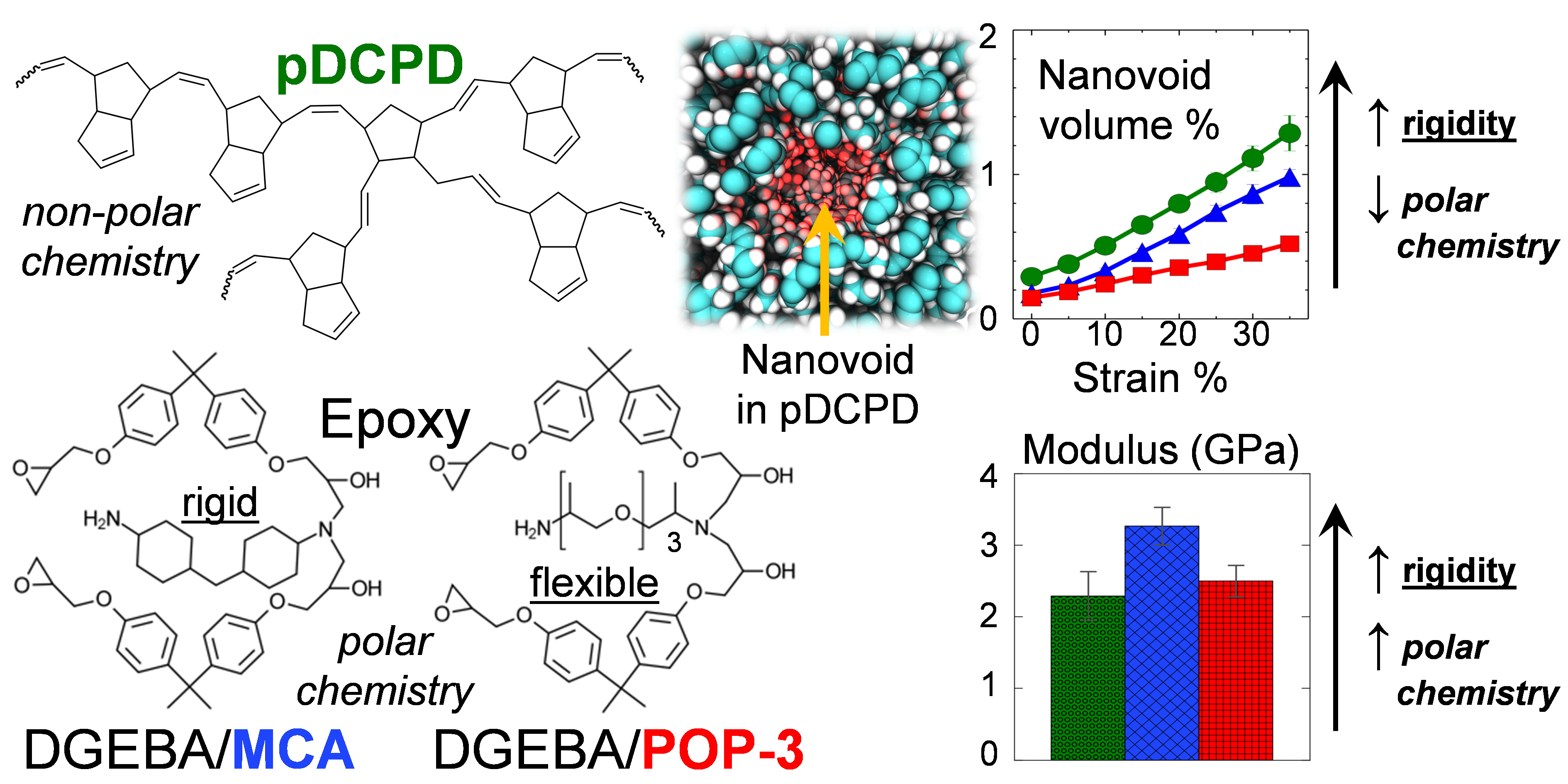 Cross-linked polymer networks are widely used in protective and structural applications under extremes of temperature, pressure, and strain rate. Typical materials for these applications, like epoxy resins, have high stiffness but inferior toughness. Recent experiments showed that cross-linked poly(dicyclopentadiene) (pDCPD), a hydrocarbon, can overcome this trade-off between toughness and stiffness, resulting in excellent protective performance. Based on the physicochemical properties of pDCPD and epoxy, it was hypothesized that the superb toughness of pDCPD is related to the formation and growth of nanovoids at extreme strain rates. Voids can dissipate energy that might otherwise lead to failure. Here, we use atomistic molecular dynamics to study pDCPD and epoxy networks undergoing high strain rate deformation. We quantify the networks’ mechanical properties (tensile modulus and yield strength), and the prevalence and characteristics of nanoscale voids. We identify molecular-level properties – such as the polar chemistry of epoxy – that influence the behavior of the networks. The strong non-covalent interactions (e.g., hydrogen bonds) that accompany polar moieties increase the modulus and yield strength of epoxy networks. Conversely, the weak non-covalent interactions accompanying the aliphatic (non-polar) chemistry of pDCPD can account for its lower modulus and strength. We examine the local chemical environment of nanovoids, finding that nanovoids are more prevalent in regions of non-polar chemistry. Consequently, pDCPD generally has more, larger nanovoids that grow more readily during deformation. Thus nanovoids may be related to the higher fracture toughness and more ductile behavior observed in pDCPD.