Strategies towards the robust multi-parametric control of continuous-time systems

The need to improve performance and reduce economic costs of industrial processes has led to an increased interest in real-time model-based optimal control strategies. These strategies need to be able to deal with fast dynamics and hard process constraints, such as operational restrictions and safety requirements. Moreover, the presence of uncertainty in the form of process disturbances or model mismatch can lead to suboptimal performance and constraint violation. Model predictive control (MPC) [1] computes a feedback control law by repeatedly solving an optimization problem on a receding horizon, which is often a rather computationally demanding task and might cause serious delays and/or suboptimal performance.

In the multi-parametric programming paradigm [1], the optimization problems are solved off-line, which results in an a priori explicit mapping of the solutions as a function of measurable quantities, thus avoiding the need for repeatedly solving optimization problems online. The case of continuous-time dynamic systems calls for the solution of multi-parametric infinite-dimensional programs, namely multi-parametric dynamic optimization (mp-DO). Another approach for reducing the on-line computationally burden is to enforce the necessary conditions for optimality (NCO). In NCO tracking [2,3], feedback control laws are derived in order to track the NCOs along each arc of the nominal optimal solution, effectively converting an optimal control problem into a self-optimizing feedback control problem. However, NCO tracking often relies on the assumption that the switching structure of the optimal solution remains unchanged, which may not be the case when the process disturbances or the model mismatch are significant.

The implementation of classical MPC controllers is based on a certainty-equivalence principle, whereby the system is optimized as if neither process disturbances nor model mismatch were present. Due to its inherent ability to reject such disturbances, these controllers exhibit a certain degree of robustness. However, certain constraints may become violated when large disturbances occur, since this is not taken into account when optimizing system trajectories. One way of dealing with this problem involves solving a robust counterpart of the optimal control problem [4], i.e. to guarantee feasibility of the system assuming the worst-case realization of the uncertainty.

This paper explores strategies for robust multi-parametric control of continuous-time systems. First, we present a methodology for the development of so-called mp-NCO-tracking controllers (see Figure 1), which unifies mp-DO and NCO-tracking for linear dynamic systems [5]. From an NCO-tracking perspective, the use of mp-DO provides a means for relaxing the constant switching structure assumption by constructing critical regions that correspond to a unique switching structure of the optimal control trajectories; whereas from a mp-DO perspective, NCO-tracking leads to a reduction in the number of critical regions compared to the use of discretization methods. Next, we present a robust-counterpart formulation of the mp-DO problem in order for the mp-NCO-tracking controllers to be robust towards given process disturbances or model mismatch that are not measured on-line. This robustification involves backing-off the terminal and path constraints based on rigorous set-propagation techniques [6]. The methodology is illustrated with numerical case studies drawn from chemical engineering, including the control of an FCC unit as shown in Figure 2. 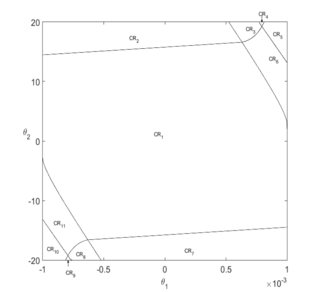 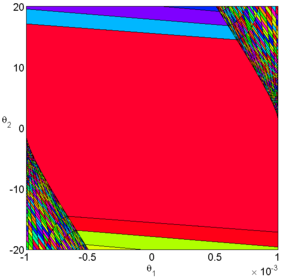 Figure 2: Critical regions in the controllers of an FCC unit