Introduction: High quality material is required for the proper functioning of devices using YAG:Ce. Combustion synthesis is one potential method to create YAG, but requires more optimization. We have considered optimizing the process by using multiple fuels to produce YAG. The fuels have different strengths: Citric acid (CA) distributes the dopant well within YAG solution, while urea produces high flame temperature, crystallizing YAG upon formation.  We hope mixing fuels will produce crystalline YAG:Ce1% with a high fluorescence intensity due to well distributed dopant in the crystal.

Materials and Methods:  Photoluminescent spectroscopy (PL) and x-ray diffraction (XRD) were conducted on the resulting materials to determine the effect of synthesis conditions on the properties of the product.  The PL compared the intensity of the fluorescence and XRD compared the crystal structure of the synthesized YAG:Ce1%. 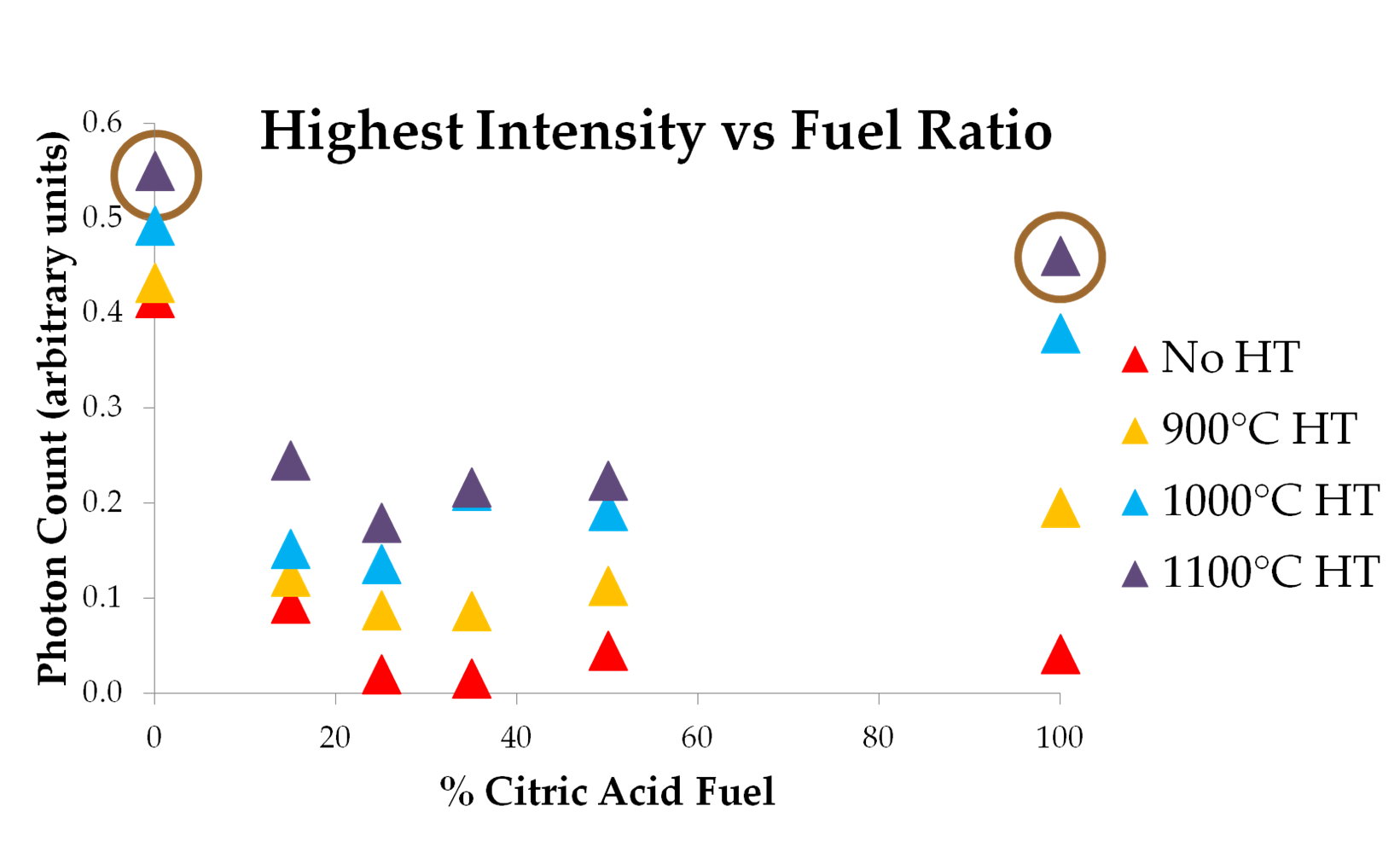 YAG:Ce1% produced with a mixture of fuels has

Conclusions:  The target properties of YAG:Ce1% are  optimized when 100% urea is used during combustion.  Also, mixing fuels did not improve the measured results.

Acknowledgements: The authors would like to thank Sarah Gollub, Braxton Brakefield, and Jeremy Beam for assistance with characterization, Vanderbilt University for providing this opportunity, and the  National Science Foundation for funding (grant: DMR‐1005023).