284715 Migration Due to Deformation, Buoyancy and Inertia in Confined Shear Flows

It has long been known that suspensions of deformable particles (e.g. blood) will marginate and segregate in shear flows [1]. For example, normal flexible red blood cells will marginate towards the center of a capillary [2] or arteriole displacing stiffer leukocytes or malarially infected red blood cells towards the walls. Such deformation induced migration has both physiological consequences and has been used as the basis for microfluidic separations in the laboratory. Despite this, quantitative experimental study of fundamental properties such as the rate of migration of cells in confined geometries is lacking.

In this study we focus on a very simple problem: particle migration due to buoyancy, deformation and inertia in simple shear flow such as that which occurs in the parallel plate geometry. Through a balance between the sedimentation velocity and the migration mechanisms the equilibrium position of particles at infinite dilution can be calculated using the models of Chan & Leal [3] and Ho & Leal [4]. Thus, measurement of both the sedimentation velocity and the equilibrium position of the particles yields information about the migration process.

In our work we have shown that the equilibrium position of 10μm diameter polystyrene spheres in a 100μm gap is solely function of Re2p/Res, where Rep = γa2/ν is the particle Reynolds number, and Res = Usa/ν the sedimentation Reynolds number. The observed positions closely correspond to that predicted from the model of Ho & Leal [4] for inertial migration with no adjustable parameters. Red blood cells (unlike rigid polystyrene spheres) experience migration due to both deformation and inertia. The ratio of the two drift mechanisms is characterized by the ratio, kd[(6πμ20a)/(σh2ρ0)]F(z*)/G(z*), where μ0 is the viscosity, a is the particle radius, σ is the effective surface tension, h is the gap width, ρ0 is the fluid density, F(z*) and G(z*) are dimensionless functions of z* and kd is an O(1) function of the viscosity ratio. For red blood cells in water for this gap size the two migration mechanisms are of comparable magnitude. In a more viscous suspending medium, however, migration is dominated by deformability allowing independent investigation of the two migration mechanisms. In particular, the equilibrium position of the cells relative to gravity provides a direct measure of the particle stresslet - the particle contribution to the bulk stress of a dilute suspension of deformable particles that is not readily measurable in other ways. In our experiments we have studied the behavior of heparinized human blood in isotonic sucrose solutions, with 10% dextran added to increase the viscosity to 0.07 P. These experiments showed (N1-N2)/γμϕ increased from 0.04 to 0.25 as γμ increased from 5 to 30 dynes/cm2. While an erythrocyte is not a drop, the equilibrium positions in the gap were found to reasonably coincide with that predicted for drops by the model of Chan & Leal [3] with an effective surface tension of 0.47 dynes/cm. Further experiments have shown that a careful balance of buoyancy, inertia, and deformation may allow the use of the parallel plate geometry to both probe migration properties and result in an effective separation mechanism. 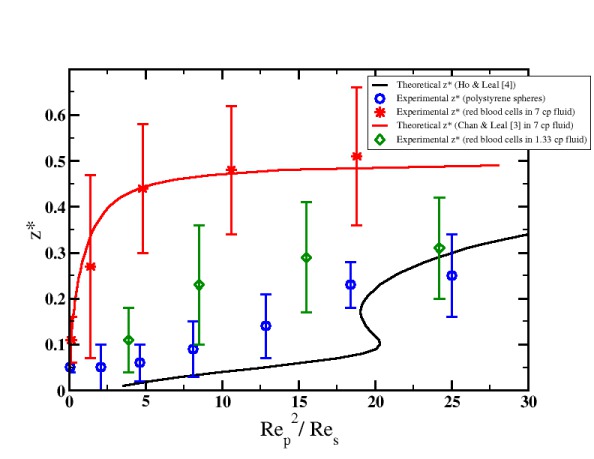 Figure 1: Variation in the vertical equilibrium position as a function of Rep2/Res for 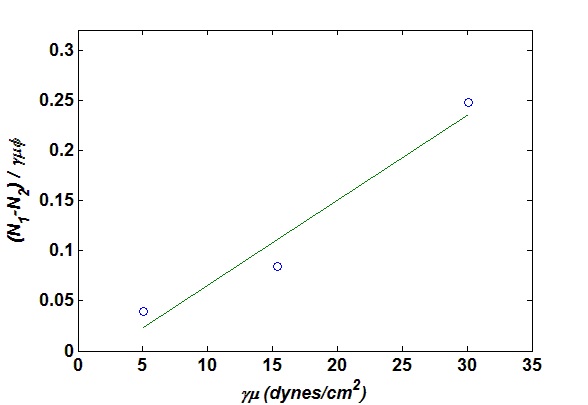