Common sense dictates that adsorption isotherms for a given adsorbent-adsorbate system and at different temperatures should never intersect.  Although this must be true for isotherms represented graphically as the loading, q, vs. pressure or vs. ln P, this might not be true when they are presented as θ vs. ln P.  For example, isotherms for n butane on 5A zeolite clearly demonstrate this phenomenon.  This work uses the Gaussian isotherm model to illustrate why this crossing may occur.

The Gaussian model transforms a type I adsorption isotherm into a straight line with slope equal to the standard deviation of the isotherm, σe.  For two isotherms to never intersect, their linear representations must be parallel (i.e., σe must be the same for both isotherms).  A comparison of σe for several isotherms indicates that this is not always true. 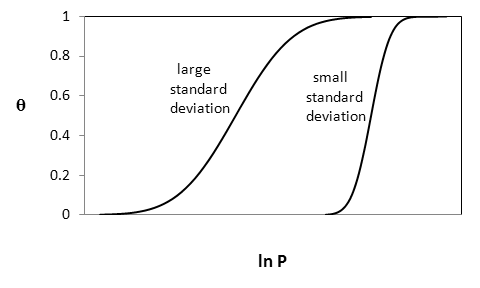 Figure 1: The effect of increasing standard deviation on isotherm width.

For example, the isotherms for the adsorption of several n alkanes onto 5A zeolite were collected from literature and assessed for consistency between studies.  The resulting isotherms come from several different studies, and are remarkably consistent.  These isotherms are shown in Figure 2, taken from our earlier work.

Figure 2:  Isotherms for several n alkanes on 5A zeolite.  Reduced temperatures for a few isotherms are displayed as values on the graph. Isotherms are taken from literature data. 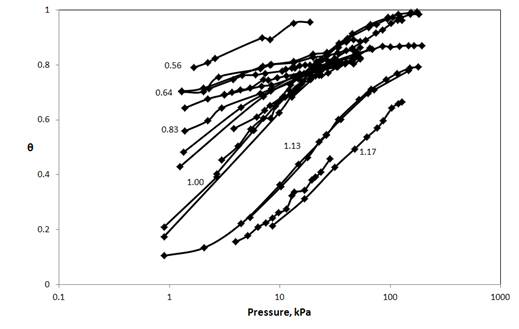 Figure 3:  Intersecting isotherms for n butane.  Reduced temperatures for a few isotherms are displayed as values on the graph. Isotherms are taken from literature data.

The intersection between subcritical and supercritical isotherms is readily apparent in Figure 3.  The reason for the intersection can be observed to be the difference in the width of the isotherms (or the standard deviation).  Therefore, adsorption isotherms can intersect when presented as θ vs. P or ln P.

Extended Abstract: File Not Uploaded
See more of this Session: Poster Session on Fundamentals and Applications of Adsorption and Ion Exchange
See more of this Group/Topical: Separations Division