In the United States, 188 organic compounds have been designated as Hazardous Air Pollutants (HAPs), and facilities which generate or handle these air toxics are subjected to permitting, monitoring and reporting requirements (Woodward & Curran, 2006). Although extensive emissions controls efforts have been implemented at many industrial facilities, a significant amount of Volatile Organic Compounds (VOCs) can still appear in the wastewater, where the VOCs can be stripped during conveyance or biological treatment.

This paper develops a methodology for establishing the modifications for default diffuser and mechanical surface aeration models in ToxChem™ that would enable VOC emission characteristics associated with HPO systems to be modeled. The paper will discuss the development and testing of a custom module for evaluating VOC emissions in ToxChem™, and will provide a protocol for adapting fate & transport models for use with HPO systems.

Our results indicate that the VOC behavior of the HPO system is captured effectively by modeling the mass transfer characteristics as that of a fine bubble diffuser system, with adjustments for gas flow, O2 purity levels and oxygen transfer efficiency of the HPO device (see Table 3, also NYSERDA, 2000; Levine et al, 2010; Rodieck et al, 2001). Attempts to utilize the default mechanical surface aeration module indicated that the mass transfer characteristics of surface aeration systems cannot be readily adapted to HPO systems, even though they are both mechanical mixing systems. The ability of diffused aeration models to capture the dynamics of VOC emission from mechanical HPO oxygenation systems suggests that the dominant mechanism for VOC emissions in HPO systems is likely to be due to VOC attachment to entrained bubbles (Chern and Yu, 1995), rather than losses due to surface turbulence or from exchange between the air and volatiles in airborne water droplets (Roberts & Dandliker, 1983).

These results have a good mechanistic basis. Given that air contains about 21% oxygen, SOTE values for diffused aeration systems in the range of 20%-30% imply that only about 4%-6% of the volumetric air flow supplied to a basin using a diffused aeration system is actually dissolved. The undissolved 94%-96% of the entrained air flow can serve as attachment sites for VOCs, which are volatilized with the off-gas stream (Chern and Yu, 1995). In contrast, HPO systems like Praxair's In-Situ Oxygenation system use pure oxygen (up to 100% O2) and have SOTE values of +90% (PMS, 2003), implying that the relative gas flows to meet the same O2 demand in Diffused Aeration vs. HPO systems can be ≥ 25. A linear correlation is observed between VOC stripping and the volumes of gas flow supplied to a wastewater treatment process (Figure 2).  Therefore, the VOC emissions from HPO aeration are only a fraction of those observed in diffused aeration systems. 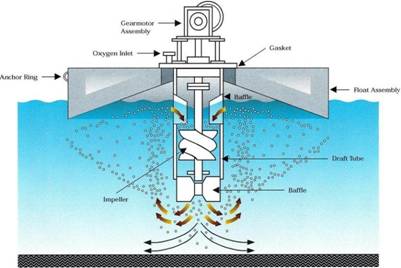 Figure 2. Effect of gas flowrates on Toluene emissions in API pharmaceutical wastewater showing a linear relationship between VOC emissions and gas flowrates in the range of flows analyzed (Data on which model is based is sourced from Rodieck et al, 2001 and is utilized in the ToxChem 4.0 model used in this study)

Table 2. Model input variables utilized in Rodieck et al, 2001. These values were applied to the ToxChem 4.0 model used in this paper.