The goal of the study was to determine the effect of coarse, non-cohesive particles on a mixture exhibiting a yield stress.  A simple, inexpensive, and easy to run experimental approach, was used to estimate the yield stress based on the definition that yield stress is the critical shear stress that must be applied before the material begins to flow [1].  Yield stress is an important parameter in nuclear waste processing, as the settled waste behaves as a Bingham plastic [2-4].  Off bottom suspension of the sludge is necessary and usually achieved using jet mixers.  Therefore, it is important to know the yield stress of the material as to determine how much force is needed from the jet to achieve suspension [5].  The sludge is usually composed of particles of varying size and density, which can be simulated using kaolin clay/water mixtures [6, 7].  The smaller particles (D  < 62.5 µm) are cohesive in behavior, while the larger particles (D > 62.5 µm) are non-cohesive [3].  It such systems, it is not well known how the non-cohesive particles affect the cohesion[4].  Before studying how the mixtures behave in a tank once suspended, the rheology of the mixture must be determined.  Therefore, the current study is used as an initial step in understanding the rheology of such mixtures, but actual mixing studies are run.

In the current study, experimental tests were run using a capillary tube rheometer and a manometer.  Figure 1 shows a schematic of the experimental apparatus that was constructed.  Pressure was supplied from compressed air, which is tightly controlled using a pressure regulator and the pressure difference through the capillary is measured using the water manometer.  Such an apparatus is inexpensive and easy to construct, while still able to provide accurate data.  It is also advantageous because little to no calibration of the equipment is needed compared to other devices.  The simulants used for testing included kaolin clay/water mixtures and kaolin/sand/water mixtures.  The weight percent of total solids (i.e. kaolin + sand) was varied.  The kaolin particles (D = 1.36 µm) represented the cohesive particles and the sand particles (100 µm < D < 800 µm) represented the non-cohesive particles.  The yield stress was estimated using a visual observation technique.  The yield stress was measured using the pressure difference in the capillary required to make a sample extrude from the capillary.  Such a technique is not uncommon and it rather easy to implement [8, 9].  The results of the technique are compared to yield stress data using shear rate and shear stress data.  Figure 2 displays the yield stress results of the current study compared to that of other studies and it was shown that the data was in good agreement.  The technique used can be applied as an initial means of measurement for yield stress in not only nuclear waste facilities, but other processes in which yield stress needs to be calculated as well. 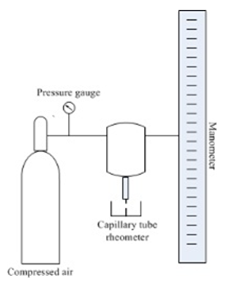 Figure 1:  Schematic of experimental apparatus that was constructed for yield stress tests.

Figure 2: Comparisons of yield stress data from current study and that of previous studies using kaolin/water mixtures at different weight %.