Providing infrastructures which enable a shift to a sustainable society is of special importance in the transportation sector. A particular problem concerns the optimal location of service stations for electric vehicles. In addition, optimal routing of vehicles to these stations is crucial given that current driving ranges are limited for many electrical vehicles. The many-to-many routing of vehicles to such service stations is solved by means of a Minimum Cost Multi Commodity Flow (MCMCF) problem formulation. Our results indicate that this is indeed possible for small to medium-scale settings.

The city of Alexandria, VA, is used as a case study to test our methodology. This case study is available in TRANSIMS and has been used in prior work (Shukla et al., 2011, Villez et al., 2011). Figure 2 shows the road network for this case study with five facility locations. TRANSIMS is an agent-based simulator developed by Los Alamos National Laboratory. This simulator allows to extract two essential inputs for our methodology which are (1) the topology of the traffic network including arcs (roads) and nodes (road junctions or terminal ends) and (2) the source-destination pairs and the average number of vehicles (flow) per day. The road network, excluding public transport infrastructures, has a total of 2573 nodes with 7214 edges. There are a total of 13892 unique source destination pairs (commodities), each of which have an associated commodity.

The third requirement is that one knows the location of the facilities. To this end, we use the optimized locations as found in Villez et al. (2011) for ten different scenarios, namely for the number of facilities ranging from one to ten.

For the formulation of the problem, consider a directed Graph G=(V,E) with nodes V=(1,….,n) and directed arcs

be the set of nodes with facilities. Let fijk be the flow on the edge eij for the commodity k. Then solving the MCMCF problem is equivalent to the minimization of the total cost:

subject to the following constraints:

In Figure 4, the objective function values are plotted as function of the fraction of the load on the Alexandria city network represented by the selected source-destination pairs (commodities). As expected one can see that the objective function is increasing with the number of commodities. As can be seen, this increase is almost linear. More importantly, the result are largely the same for all considered sets of facility locations (1 to 10 locations). This indicates the benefit of additional facilities at this limited load fraction is very limited. 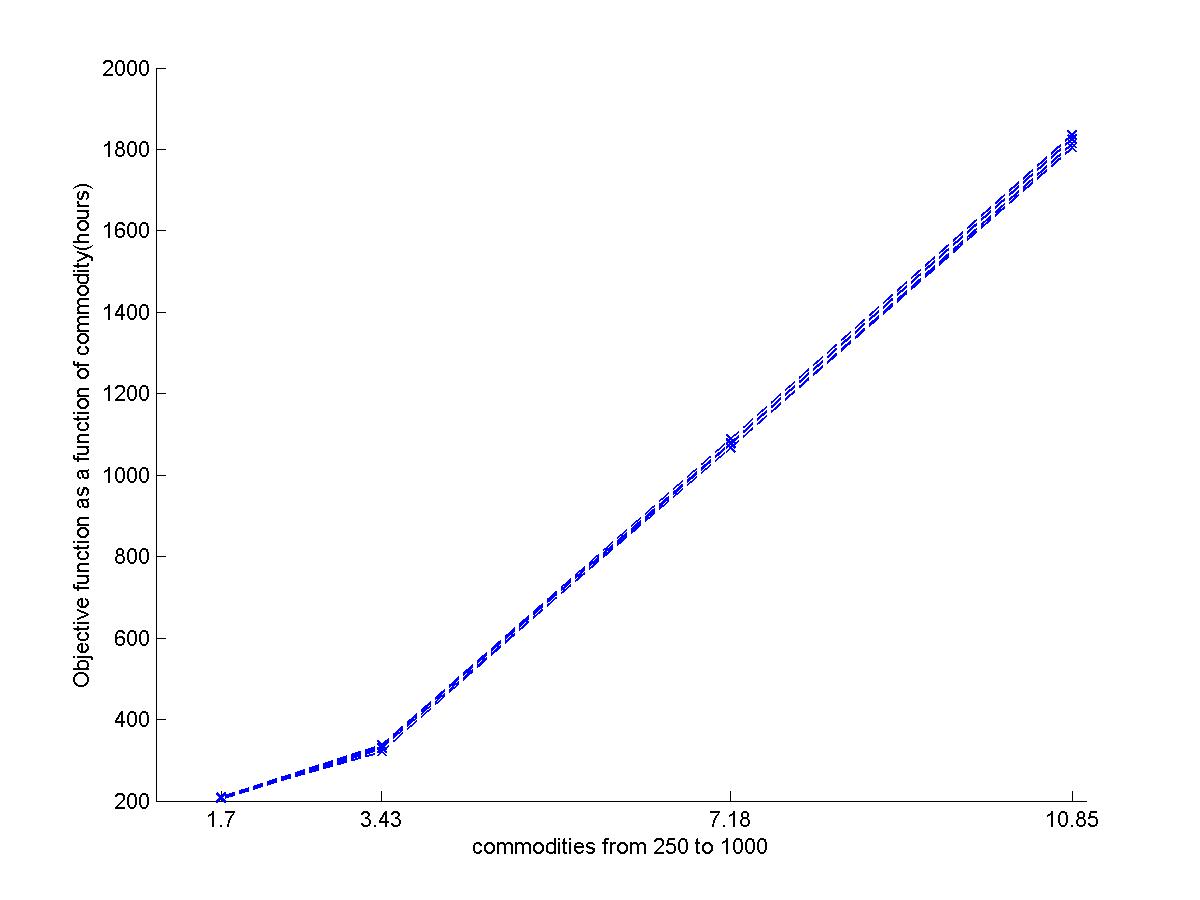 Figure 4. Objective function plotted as function of the fraction of total load (%) in the Alexandria city network. Ten lines are shown for each set facility locations with facility numbers ranging from 1 to 10.