It is widely understood that intermittent resources such as solar and wind are dependent on environmental factors outside our ability to control.  This allows for the possibility of either power output exceeding or falling short of forecast levels which leads to more frequent cycling of regional hydro generators and greater overall grid instability under the current infrastructure.  Quantifying the cost associated with added maintenance attributed to an increased penetration of wind and the physical limitations of a growing dependence on Pumped Hydro Energy Storage (PHES), becomes essential in painting a more complete picture.  However, alternative means of Large Scale Energy Storage (LSES), for storing excess power when the outputs exceeds demand and to supplement output power when it falls short of demand, is a widely accepted route for mitigating intermittent power generation.1  Thus, it is crucial to establish an accurate and relative cost function for the commercially available and most economically viable storage technologies.  The most promising electrical energy storage technology, to replace PHES, is flow cell batteries.2  This begs the question what are the degradation mechanisms in these building size chemical systems and what do we do when they stop working.  In this study we report on the key degradation mechanisms that could be expected for standard operation of a zinc/bromine flow cell battery using graphite electrodes and assign a cost function dependent of system operating parameters.  In a previous study we reported the oxidation (or charging) reaction as the most damaging to the electrode material, see Figure 1.  We discuss aging trends and electrode performance by considering surface chemistry as observed by Raman spectroscopy and scanning electron microscopy.  Theoretical system performance based on steady state current density measurements is used to establish a normalized operating cost function for a zinc/bromine battery, as can be seen in Figure 2. 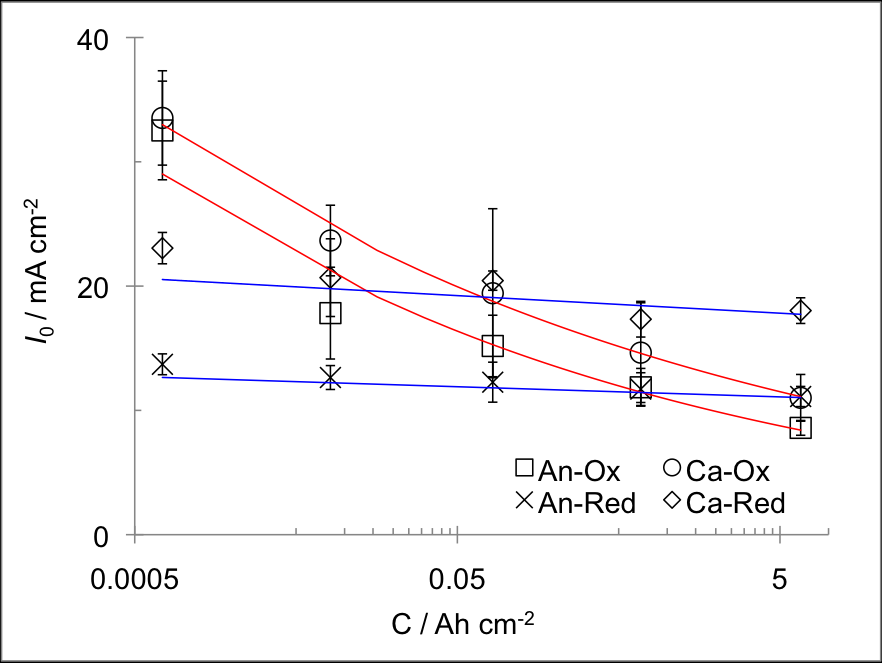 Figure 1 Oxidation and reduction exchange current; measured for both the cathode and anode in 6 [M] NH4Br. The x-axis represents the electrode aging, depicted by total coulombs passed through the electrode per unit surface. 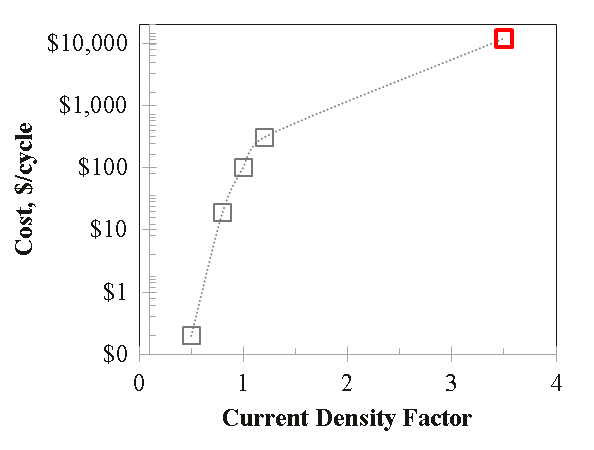 Figure 2 Cost of a 10 % state of charge cycle with respect to a representative operating parameter (current density factor).