Mixing of two immiscible liquids in tanks and agitated vessels is commonly encountered in chemical, petroleum, food, and pharmaceutical industries. When liquids are brought into contact and subjected to mechanical agitation, droplets formation occurs. The behavior of liquid-liquid dispersions in agitated systems is related to the flow conditions that vary from laminar to fully-developed turbulent flow. These hydrodynamic conditions together with interfacial tension between two liquids determine the breakage and coalescence rates of the drops. Drop breakup and coalescence are two fundamental processes that define the most important characteristic of a dispersion: the drop size distribution (DSD). Typically, in industrial applications, coalescence is suppressed by surfactants, and dispersions are subjected to turbulent flow conditions. In that case the dispersion formation and final DSD are mostly determined by the breakage process. Drops intensively break in the impeller region characterized by high shear stresses and as a result of local interactions with turbulent eddies.

In the present study the deformation and breakup of single organic drops in water subjected to simple shear flow were simulated using a diffuse interface free energy lattice Boltzmann method (LBM). Pure binary systems characterized by low surface tension, such as n-butanol/water, without mass transfer between phases were considered. Fully three-dimensional simulations of droplets between moving plates were performed. To validate and verify the developed numerical technique, simulations of several test cases were carried out. The results of test cases were compared to experimental data and results obtained with other numerical methods. A wide range of flow conditions determined by capillary and Reynolds numbers was examined that allowed to study the behavior of such systems in great detail. As an example of simulation results, the evolution in time of n-butanol drop shape in shear flow is shown in the figure below. The proposed numerical approach can be straightforwardly implemented to the study of dilute Newtonian emulsions in complex flow. 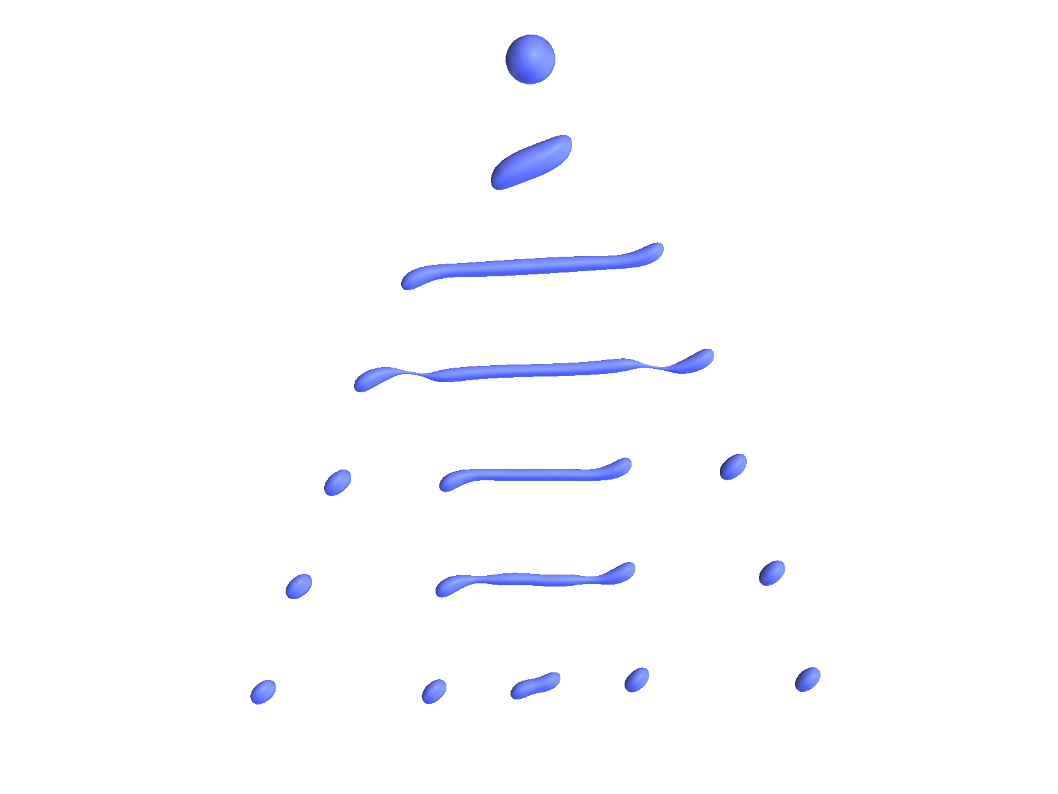