267558 The Crystal Orientation of Aluminium Coatings Deposited From Ionic Liquids

The Crystal Orientation of Aluminium Coatings Deposited from Ionic Liquids

Early in 1950s, Hurley et al. first found that aluminium could be electrodeposited from the ionic liquid consisting of N-ethylpyridinium chloride and AlCl3 at low temperature. From then on, extensive and systematical research on the electrodeposition of aluminium from chloroaluminate ionic liquids has been reported in the literature [1,2]. However, more efficient ionic liquids should be developed and investigated.

In this work, Lewis acidic 1-allyl-3-methylimidazolium chloroaluminate ([Amim]Cl/AlCl3) ionic liquids were used as promising electrolytes in the low-temperature electrodeposition of aluminium. Compared with the conventional ionic liquids, [Amim]Cl/AlCl3 based ones have more favorable physicochemical properties. Smooth, dense and well adherent aluminium coatings were electrodeposited from [Amim]Cl/AlCl3 on the substrates at 10-25 mA/cm2 and 313.15-373.15 K. It was found that the crystallographic orientations of aluminium changed along with the experimental conditions (see Figure 1). The results indicate that the influence of experimental parameters on the crystal growth of aluminium deposits follows the order, temperature > current density > molar ratio of [Amim]Cl/AlCl3. The low temperature and high current density usually increase the peak intensity of (200) plane, thus promote the crystal growth in this direction on the substrates. Furthermore, the changes in crystal patterns can also influence the surface morphology of deposits. According to the measurements of SEM and XRD, the bright, smooth and well adherent deposits almost exhibit a preferred orientation of (200). 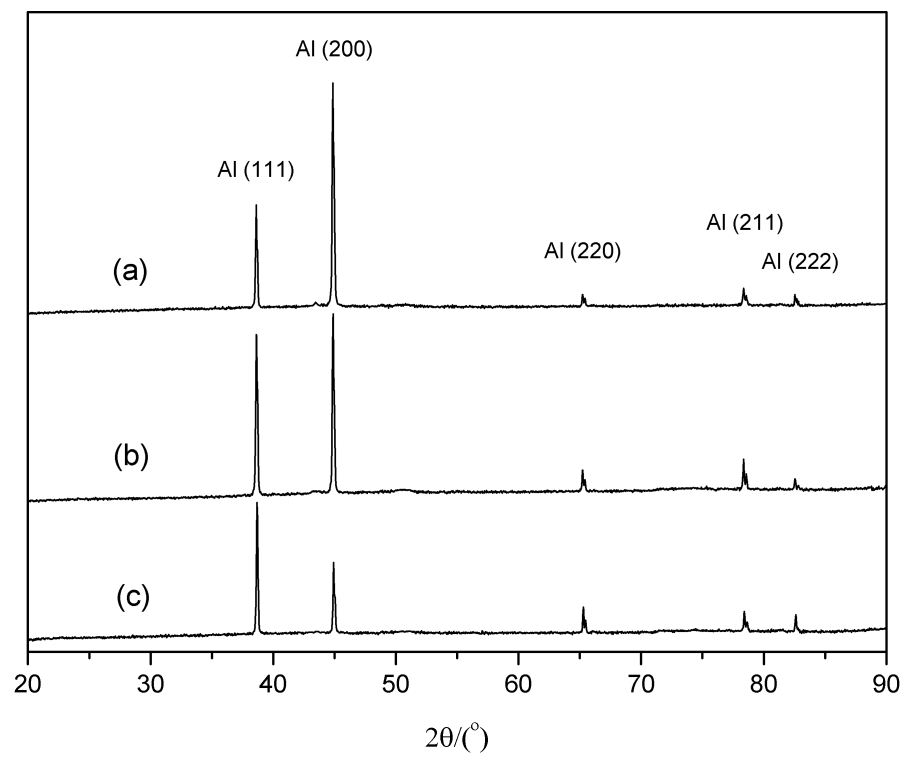