All vanadium redox flow battery (VRB) has been widely used in the large scale wind and photovoltaic power system for storage of electrical energy [1, 2]. There has an excellent solution for back-up rechargeable battery of nuclear energy plants, which might prevent the disaster like Fukushima nuclear accident. However, the VRB has a fatal flaw, namely the low energy density. If a catalyst is added to accelerate the valence change of vanadium ions, to improve the electrochemical speed, so as to achieve the purpose of improve the efficiency of the VRB.

In this study, the different metal catalyses are used for positive vanadium electrolyte for improving the VRB performance. The electrochemical tests show the Mn (IV) has particular catalytic properties, which increase the peak current both anodic and cathodic. The charge/discharge capacity of single VRFB with Mn (IV) added in positive electrolyte are shown in Fig1. When Mn (IV) is added in positive electrolyte, both charge and discharge capacity increase obviously. 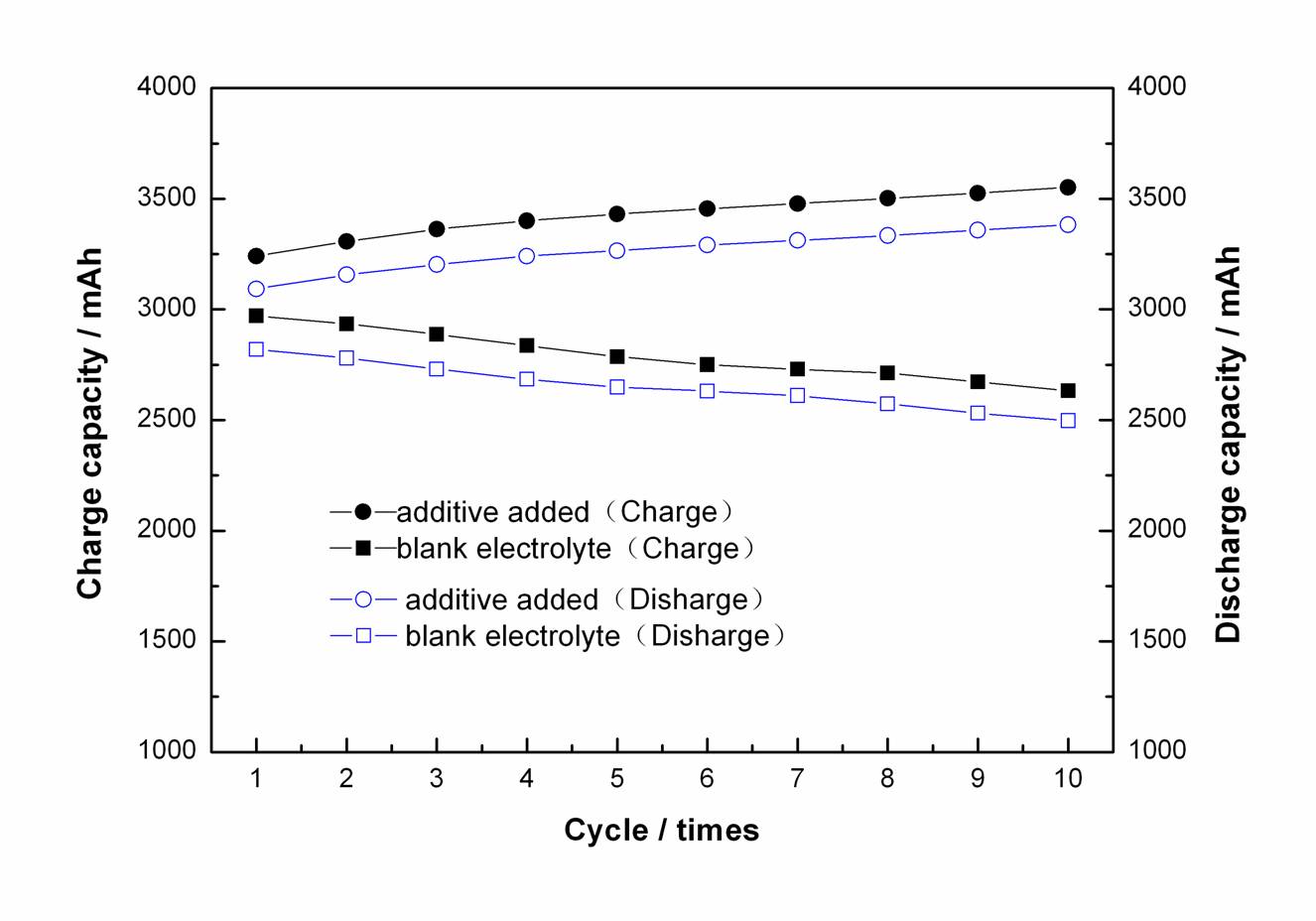 Furthermore, the catalysis reaction of positive vanadium electrolyte is investigated by density functional theory (DFT). Geometric structure optimization and spectrum parameters are calculated by basis set B3LYP with considering the solvent effect. The optimized geometric structure and thermodynamic parameters have been obtained, and experimental data and simulation results are in good agreement.