Water removal represents a serious problem in most monohydric alcohol production because most monohydric alcohols form azeotropes with water at atmospheric pressure, except for methanol. Various techniques have been developed to break the azeotropic point, such as salting-out method, azeotropic distillation, extractive distillation, reactive distillation, adsorptive distillation and pervapration. Among the methods, the adsorptive option is most attractive, especially the biosorption, which has distinct advantages over conventional methods as it is environmentally friendly, highly selective, easily available, easy to operate, cost effective and reusable in repeated cycles in the treatment of aqueous organics. In this work, a specially formulated compound starch-based adsorbent (CSA), which consists of corn, sweet potato and foaming agent, was developed, and biosorptive dehydrations of ethanol, isopropanol and tert-butyl alcohol (TBA) using CSA were investigated, respectively.

In the first step, a systematic study of the biosorptive process was performed. The net retention time and separation factor of alcohol and water were obtained using inverse gas chromatography (IGC), the results indicated that the net retention time of water on CSA is significantly longer than that of alcohol which attested the feasibility of this adsorptive separation purpose and low temperature could be propitious to the process which was consistent with the traditional theory of adsorption.

Finally, field emission scanning electron microscopy (FESEM) and mercury porosimetry (MP) were applied to investigate the change of surface morphology and microstructure of CSA before and after the adsorption, as well as after regeneration, as shown in Fig.1 and Fig.2. The FESEM images show that the dry CSA is composed of wizened, irregular particles with many void spaces between them. After an adsorption experimental run, the particles become enlarged, the void spaces become smaller, and some particles adhered to each other. There is a significant change in the surface morphology of the CSA before and after adsorption, which indicated that the CSA was saturated with water. However, the particles of CSA are wizened as the nature adsorbent after a regeneration experimental run, which indicated that nine tenths of water was desorbed form CSA. The MP data indicated that the total pore volume, total pore area, average pore diameter and porosity of the CSA before adsorption are larger than those parameters after adsorption. In other words, a large numbers of water molecules were adsorbed on the surface of the pores in the adsorption process, which resulted in decreases of the above parameters after adsorption. However, all the above parameters of the CSA just slightly lower than the natural adsorbent after regeneration experimental run, which demonstrated that almost all the adsorbed water molecular was desorbed from the surface of the pores. The pore size distribution (PSD) curves show that below 5000 nm, the behavior of the two curves of the CSA before and after adsorption is very similar. Before adsorption, the curve exhibits two peaks at 6000 and 17000 nm. However, after adsorption, the peak at 6000 nm was no longer present, and the peak at 17000 nm became significantly smaller, which indicates that the CSA is mainly composed of macropores that play a significant role in water adsorption. Numerous macropores in the CSA were saturated with water molecules, which resulted in the disappearance of macropores of certain sizes and a reduction in total pore volume. After regeneration, the two peaks at 6000 and 17000 nm were reappeared, the PSD curve of the CSA was almost identical to the curve of before adsorption, which further manifested that the spent adsorbent can be regenerated completely and restored to the natural structure.

On the basis of the above conclusions, a more energy-efficient hybrid program that combines normal distillation with this crucial biosorptive pathway to break the azeotropic point was developed for the production of anhydrous alcohol, and the simulation results showed that the hybrid option was definitely reduced the energy and material requirements by a large margin compared to the prevailing azeotropic or extractive distillation schemes. These results indicated that the starch-based adsorbent can be considered as an effective and low-cost biosorbent to dehydrate alcohol.

Fig.1 FESEM images of the CSA before (A) and after adsorption (B) as

well as after regeneration (C). 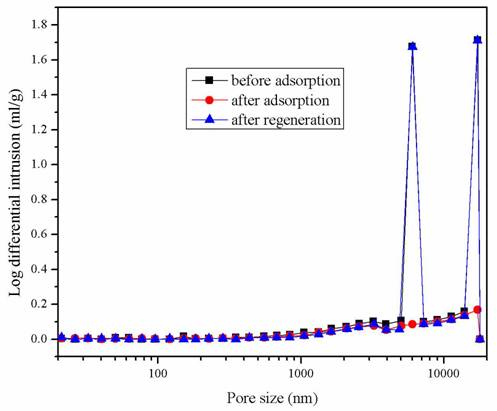 Fig.2. Pore size distributions (PSD) of the CSA before and after adsorption as well as after regeneration. 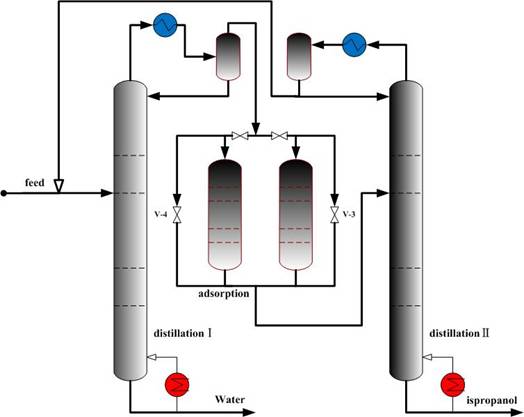 Fig.3. Diagram of the coupling process of biomass-based fixed-bed adsorption