The rising concerns about petroleum reserve depletion have placed alternative energies under the spotlight of recent research. One possible alternative is to convert coal or biomass feedstocks into carbonaceous fuels using Fischer-Tropsch Synthesis (FTS). [1] To fuel diesel engines, fuel cells, and jet turbines, different types of fuels are needed, which require different product selectivity in FTS. The selectivity in FTS can be adjusted by choosing appropriate metals as the active component; further control can be exerted by fine tuning the electronic structure via doping. Cobalt is considered to be one of the most promising catalysts for FTS, although it is expensive compared to Fe-based catalysts. The selectivity of cobalt catalyst can be tuned by doping with other metals, such as Cu and Ru, to form catalytically active alloys.[2] Thus, a core-shell structured nanoparticle with alloy of Co and Cu on the shell and the Cu as the core would be both active for the FTS and also low in cost. However, traditionally two steps are needed to prepare core-shell structures to maintain tight control of the morphology and size, first forming the core of the nanoparticles and then coating the core with the other component as the shell. Furthermore, the two step method results in a mono-metallic surface rather than presenting a solid solution of two metals on the surface.

Herein, we demonstrate a novel one-step synthesis methodology for monodispersed non-noble transition metal core-shell nanoparticles where both the core and the shell are composed of a solid solution of the two metals. The TEM image and the size distribution of CoCu core-shell nanoparticles are shown in figure 1. Along with the increase of Cu content in the CoCu nanoparticles from 10 to 20 atomic percent, the product selectivity is shifted from long hydrocarbons (gasoline/diesel for cars) to lower hydrocarbons (LPG-like gas for fuel cells). However, these phenomena are not observed in catalysts obtained from impregnation methods with the same compositions. Though the wet impregnation is widely used in practical application because of low cost, the one-step synthesis method of core-shell nanoparticles is also economically viable and up-scalable. Thus, the one-step methodology opens an avenue for efficiently but viably tuning product distribution for industrial FTS plants. 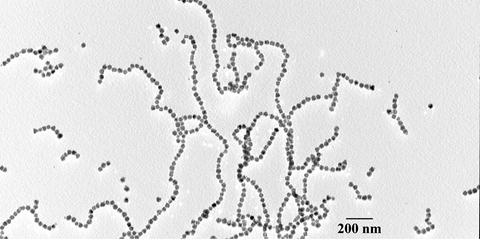 Fig. 1. TEM image and size distribution of the CoCu nanoparticles