265130 A Pseudo-Quantum Description of Classical Vacancy Diffusion in Crystals

We introduce an observable field to describe the dynamics of a single vacancy in a crystal. This field is the probability density ρ(x | r) to find the vacancy pseudo-particle at the point x when the atoms are in a configuration r. We considered the case of a classical and a "quantum" pseudo-particle, to which correspond a classical (Boltzman-like) and a ground state "quantum" density, respectively. These densities are obtained assuming that the vacancy pseudo-particle is subject to the potential energy field generated by the atoms in the sample. In our description, the fictitious inverse temperature β* and the coefficient α of the quantum kinetic energy term are tunable parameters that make the classical/"quantum" density localized in the regions of relevant minima of the potential energy field. We show that the classical density is unsatisfactory. In fact, at finite temperature this density results multimodal (see Fig. 1/A) and is, therefore, difficult to use it to identify the vacancy position. On the contrary, the "quantum" density is well behaving: localized in the relevant minima of the potential and smooth (Fig. 1/B). We use the "quantum" ρ (x | r) in rare event simulations to investigate vacancy diffusion paths in a 2D crystal.

Further progresses to study vacancy related phenomena at high temperature, where vacancy formation and annihilation must be taken into account, could come from "quantum" statistics.

In conclusion, we have shown how a ground state quantum description of a vacancy allows to identify the dynamics of point defects in solids. 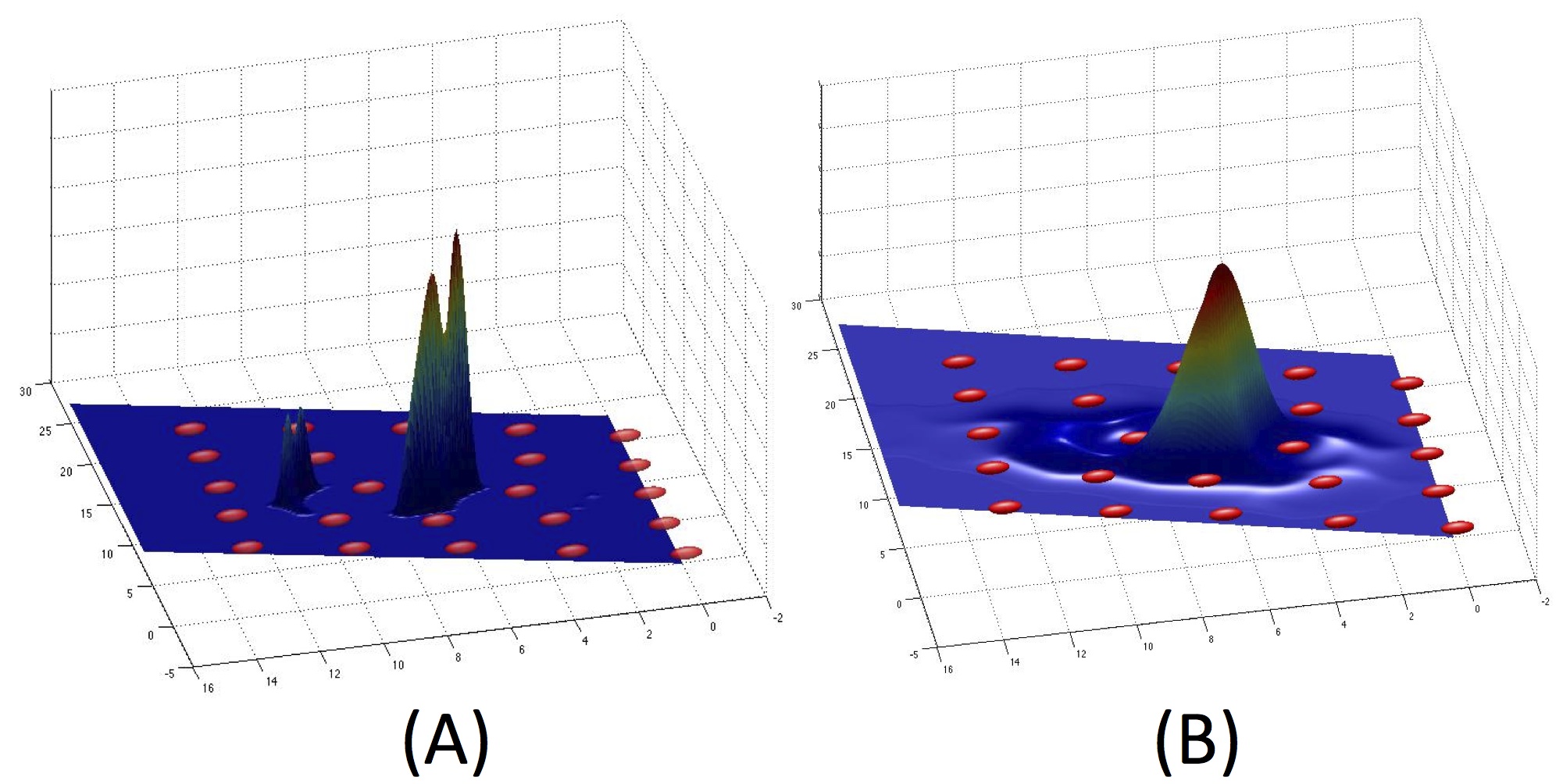